Jack White brought a home schooled blues-rock revival back to his hometown of Detroit on Thursday evening. The singer, songwriter, musician, and Jack-Of-All-Trades (pun-intended) gave the crowd a healthy dosage of his new album Blunderbuss while mixing in plenty of his past work. There seemed to be a general buzz in the air regarding the show, as this was the first show of the tour with a matinee performance. If you wanted to hear Jack performing material from his other band The Dead Weather you had better have played hooky from work. If you wanted to hear Jack performing material from The Raconteurs you'd need a ticket to the late show. Mixed into all that were White Stripes songs, nine of eleven tracks off Blunderbuss, and a cover of Leadbelly's "Goodnight Irene" which closed the show. 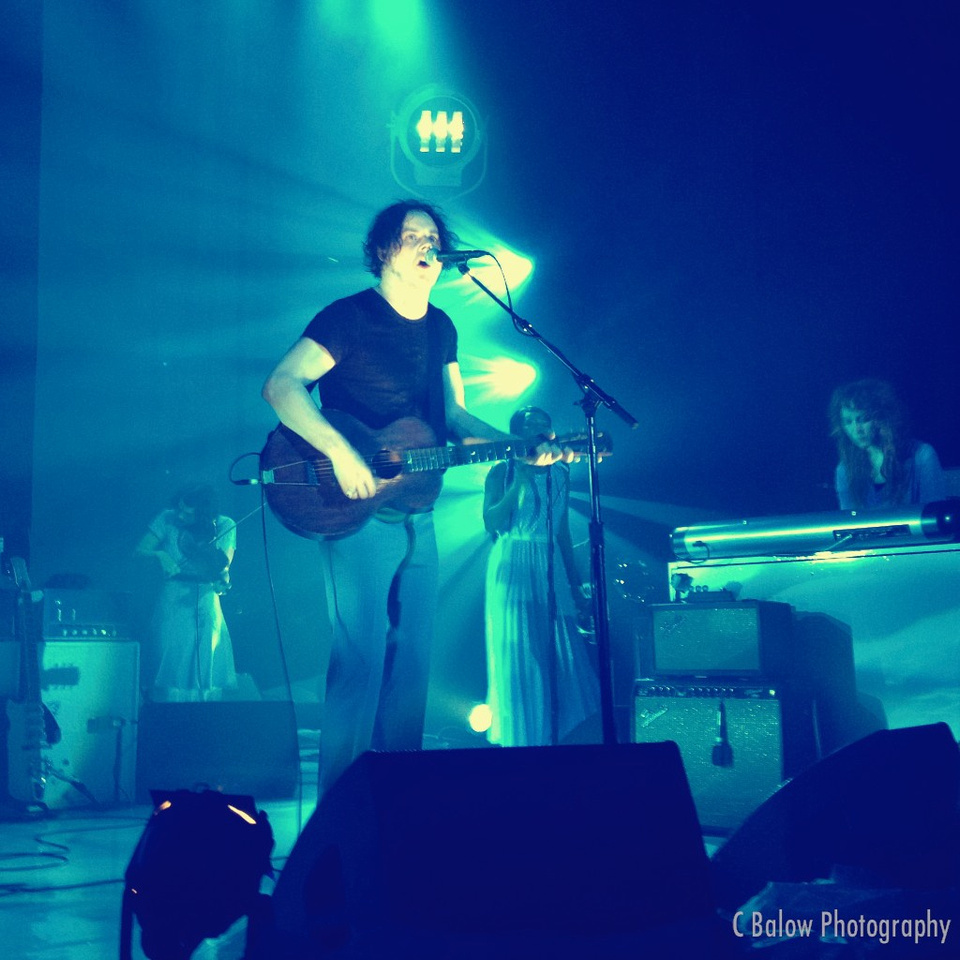 The three things that I found interesting about this whole show:

1.) Jack White (like Picasso's periods to Jack's bands) seems fulling intent on managing color in every aspect of his production.

2.) The whole evening show was played by The Peacocks (Jack's all female band) as (Los Buzzardos) carried the matinee duties. I really wanted to see Jack's interaction once they changed from female band to male band or vise versa. I remember seeing Carla Azar (drummer of the Peackocks) open with then band Autolux for Nine Inch Nails on the "With Teeth" tour. Jack seems to be drawn to her for energy, much like he was with Meg in the White Stripes.

3.) I like the choice of venue. The smaller 1,600 seat Scottish Rite Theatre was easily sold out in 3 seconds online, however; it shows that Jack wants to have a personal relationship with his fans. The tickets were for an individual seat however after the opener Alabama Shakes performed, NO ONE returned to their seat. I remained firmly pressed up against the stage for the best view of the performance. I never thought that security would let us stay in the 40 X 8 foot area before the first row of seats.

One side note: There were no cameras, video, or audio recorders allowed. They were militant with security regarding that issue, but I didn't feel guilty snapping a couple of iPhone shots as I paid $330 for a $48 ticket. That is fan dedication!