I had the pleasure of receiving a review copy of Eye Empire's Impact double disc debut CD this week. The disc is a solid effort from a consortium of musicians from great bands of the past: Donald Carpenter (Submersed), B.C. Kochmit (Switched), and Corey Lowery (Dark New Day).   My favorite tracks were "So Wrong", "Reason", Ignite (Moment of Impact), and "Moment." You can't help but to hear Donald channeling a little Chris Cornell in "So Wrong" as well as older Submersed. You can really hear the pacing and influence of Sevendust as Lajon Witherspoon joins Donald for the high-energy duet on "Victim" ( Morgan Rose was also the studio drummer), Dark New Day, and their respective collection of bands throughout both discs. B.C.'s solos on the record are very intricate and complicated to play musically. He really shreds through the solo's  and his crashing guitar tone pairs well with Carpenter's wide vocal range. It also is a disc that could be passed over with only one listen, but really shines when you get into the lyrical intricacies and solos on the second time through. When trying to find new music in a sea of poorly produced records these days; this album is a no brainer for hard rock fans.  Be sure to catch their performance this October when the band shares the stage with Seether and Kyng! You'll undoubtedly get to hear the melodic, powerful, and captivating influence of Carpenter's voice as he sings and screams into a v 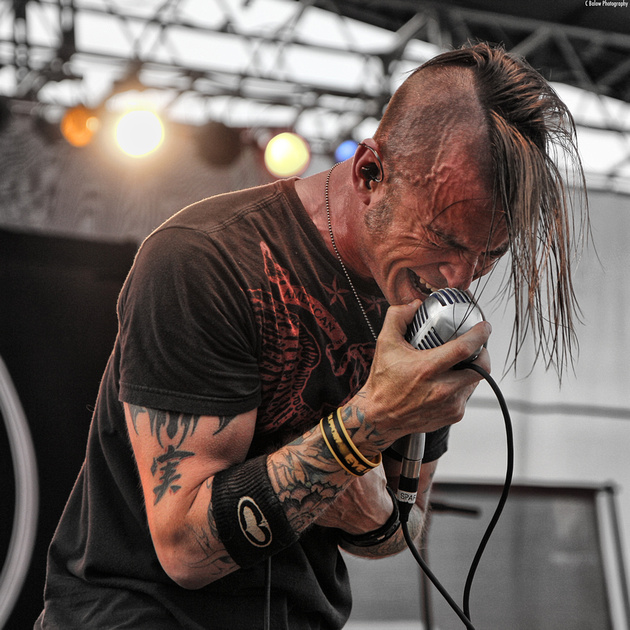