The Used - Storming through Detroit on the Take Action Tour 2013. 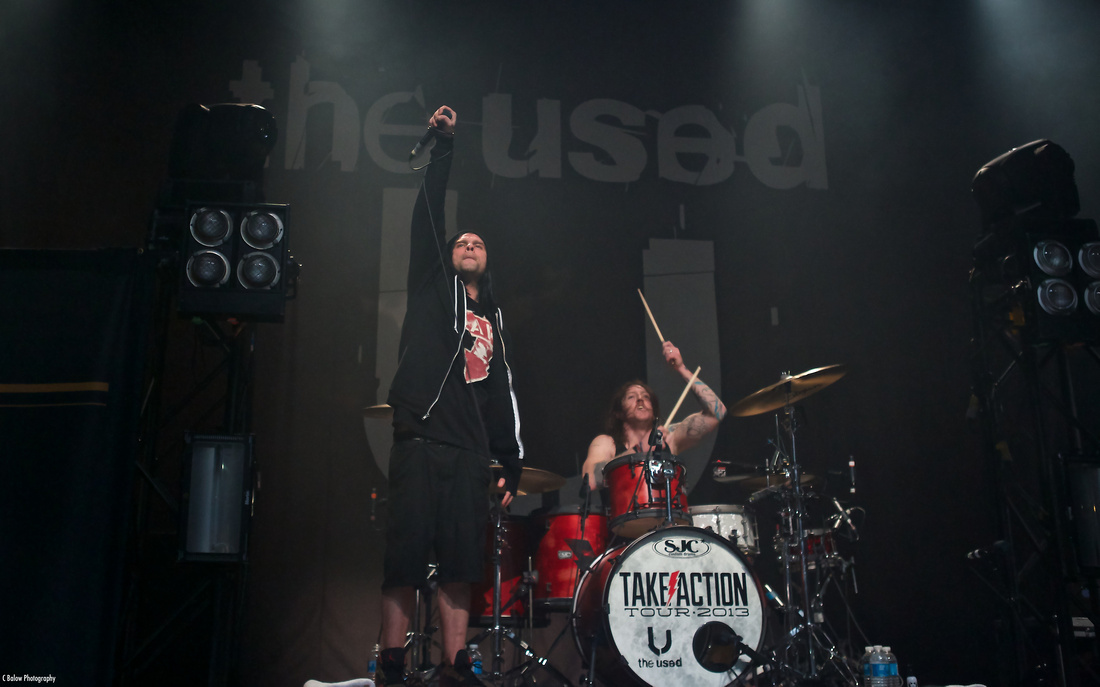 The Used came to Detroit as the headliners for the Take Action Tour 2013 this past Sunday night, and they managed to tear through a set of their hits. Wave after wave of crowd-surfers streamed over the barricade as punk rock raw emotion wafted into the air. Vocalist Bert McCracken address the crowd from the base of the drum kit and crooned "Everyone belongs at a rock show." As this fantastic double entendre set into the minds of the crowd as Bert pulled the drawstrings of his hoodie taught using it like a makeshift straight-jacket. He positioned his hands as if he was summoning a demon much like a sourcerer. Exclaimed McCracken “If you’re not having fun yet, get the fuck out of here!” which made the exasperated fans explode. Nobody left. The band was spot on with their performance; and they needed to be after the hometown crew of We Are Romans practically blew the roof off the building. Dan Whitesides was making kindling out of his drumsticks from a high riser that Bert had managed to climb upon to the sound of jeers in the balcony.  Looking gruffer than his high pitched singing voice might indicate, McCracken is at times off key, and is rarely pitch perfect- but as true punk music rarely is, which makes The Used so refreshing to watch. All four band members literally dripped with sweat, as McCracken pointed to members of the crowd, demanding they reciprocate lyrics back to him. Whitesides' black tank-top read: "The Used Don't Give a Fuck!" which was merely a slogan on a t-shirt. You can tell that the band closely cares about its fans. They purposefully picked a setlist that appeals to both new and old fans, spanning their five LP's. You need to get out in quick fashion to the Take Action Tour 2013 to see this band tear up the stage. If you want perfect you need to pick another band, however; if you want in-your-face, sing-along, awesome PUNK rock that leaves your through feeling like you swallowed a bag of cotton balls - the GO SEE THE USED! I promise you that it will kick off your 2013 in great fashion. 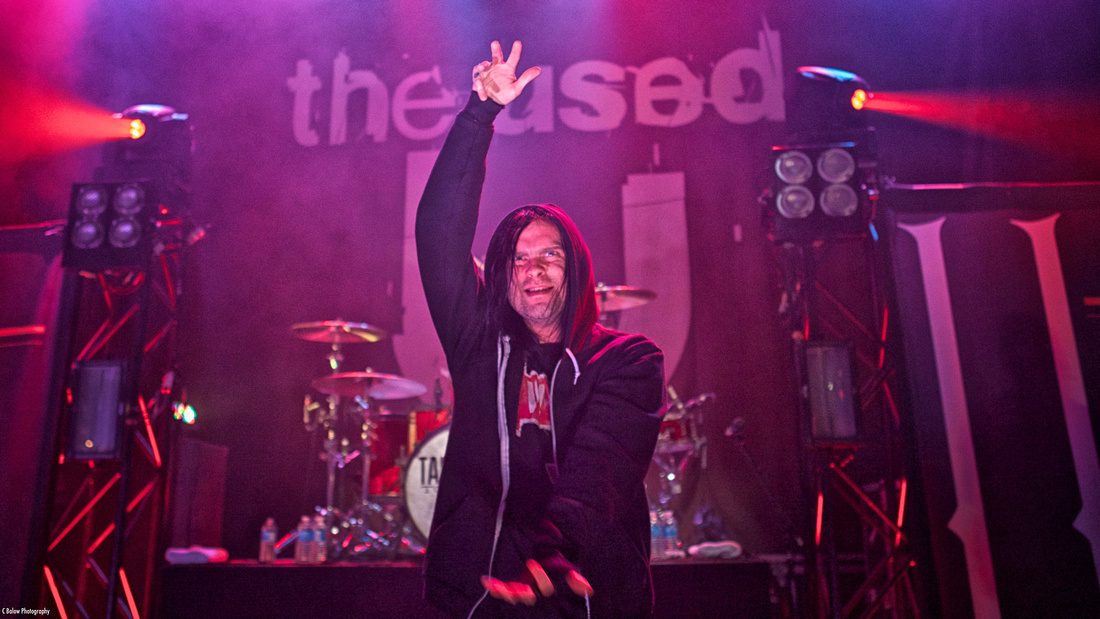