Scott Weiland kicks off March with a Souled Out Tour! 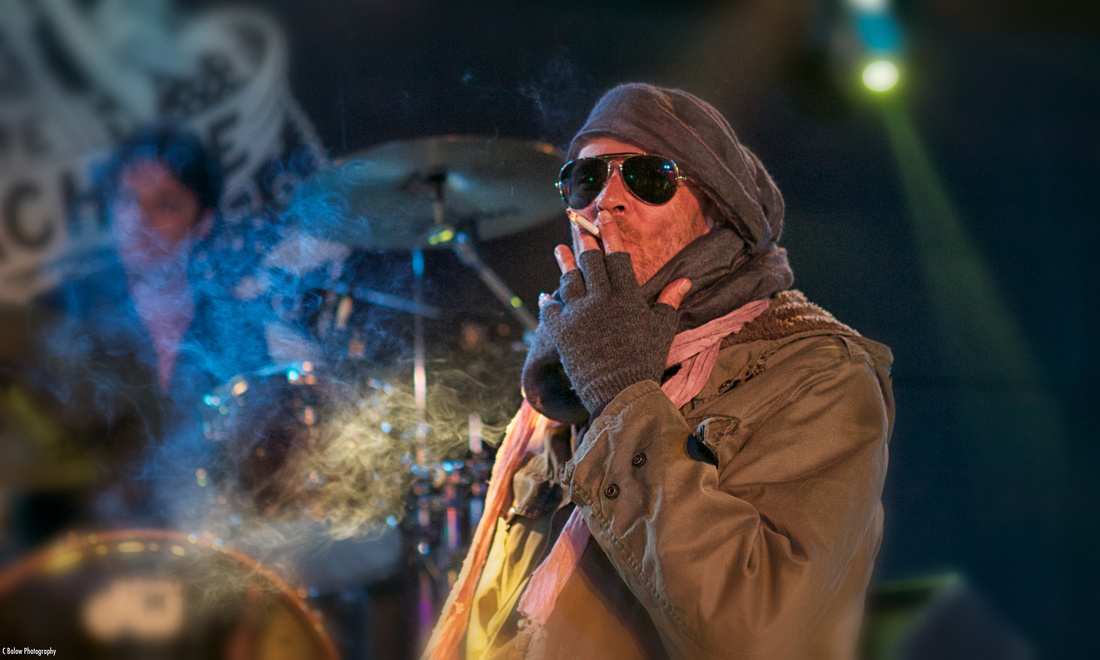 Under the cover of a media frenzy, Scott Weiland kicked off his solo tour at the Machine Shop in front of an energetic crowd in Flint, Michigan. Did he lie about being terminated from STP? Is it all just behind the scenes drama? Has he even met the band he is playing with tonight? Theses types of water cooler conjectures were thrown around amongst the patrons of the show, as I made my way through the packed house. I peer over the monitor as a roadie tapes the handwritten setlist near Weiland's mic stand. I can't help but to think to myself that this is going to be a great show. House lights turn off and the crowd roars. Two ceiling mounted smoke machines cover the front of the stage and The Wildabouts (Weiland's backing band) begin the opening jam. Weiland emerges like a Bedouin nomad draped in a long green parka, a pair of gold aviators, and several scarves enveloping his head and throat. He has this look on his face that he wants to prove people wrong about his past.

The band launches into "Wicked Garden" and Scott begins to feel the heat emanating from the crowd which just was rocked hard by MIGGS. Within a couple of minutes Scott has disrobed down to an argyle sweater and tie. Minutes later the sweater is now gone and he begins to shimmy to the drum kit to the front of the stage with his patented rattlesnake wiggle. With one swift move he is now perched on the front monitor; belting out the song while smiling and shaking hands with the front row. I forget for a few moments that Dean and Robert DeLeo are not backing. I forget that this is 2013 not 1994. 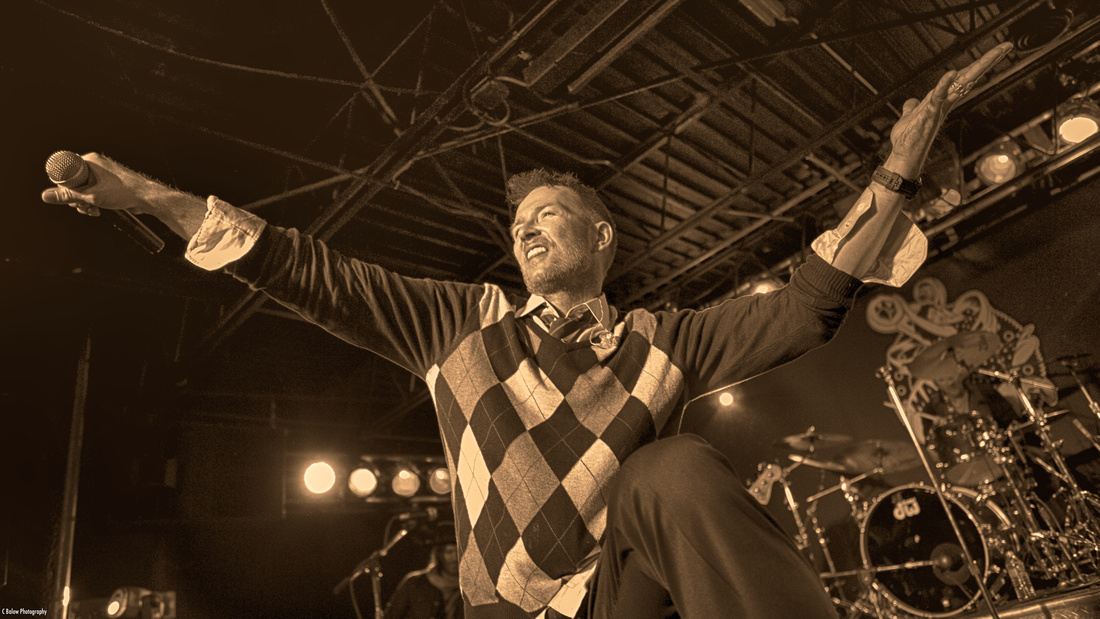 "Coming to the first show is a hybrid of a first gig and a rehearsal, so it's the coolest one to go to," said Weiland as he puffed from a cigarette. I have seen the setlist and know that "Naked Sunday" is coming next in the order. "I have not played this song live in about 17 years" admits Weiland. As it turns out, it was a pretty faithful representation to the album version. Nothing about this show is perfect; however, I have to give him credit because he has a lot of soul.

There is a Bowie cover of "Jean Genie," a cover of Jane's Addiction "Mountain Song," and a cover of The Doors "Roadhouse Blues." I know that Weiland has generated enough music over the years to avoid these setlist choices, but he performs them anyway. The latter of the songs was released by STP in 2000 with Robby Krieger of The Doors playing guitar at the House of Blues in L.A. This rendition pulled patrons attention back to the stage away from their cell phones and conversations. The whole crowd screams in unison "I woke up this morning and I got myself a beer." This show has real souI and I have never seen Weiland smile so much during a performance.

I exited the venue about 1:30a.m. after talking with MIGGS and soaking in the show. Walking out towards the tour buses I see a small crowd gathered and I wonder over. Weiland is there in the same drab green parka he was wearing on stage, discussing all things STP/Velvet Revolver/Life. He is smiling and signing autographs, which I never saw him do when he was with STP in 2000. Instinctively he turns when he hears me talking to his tour manager. He looks right into my eyes and remembers me from years past. He turns back and patiently answers questions and takes photographs. Carefully picking his words he has a slow and deliberate drawl. I let two girls who have waited a long time get their items signed and return to the warmth. Scott invites me over to the tour bus. "You are going to be the last autograph of the night." I talk with him for 10 minutes and then realize that I have nothing for him to sign. Weiland pulls out a sharpie and signs over the front breast pocket of my Machine Shop shirt. "STP S. Weiland" it reads. "There, I have signed your nipple" he finds himself amusing and it's delivered in such a manner I can't help but laugh. I thank him for music and he leaves for bed. Exiting the tour bus I see a stage roadie packing things into the trailer behind the bus. In one had he has the coveted STP megaphone and in the other he is pouring out a teapot onto the concrete. He sees me shutting the door to the bus and I  walk over gesturing towards the hand with the megaphone in it. He gives it to me and I switch it on and do an about face from the bus. Squeezing the trigger I do my best interpretation "I AM SMELLIN' LIKE A ROSE THAT SOMEBODY GAVE ME ON MY BIRTHDAY DEATHBED." Switched back off, I hand it back and just laugh to myself while soaking in the surreal. He had soul. 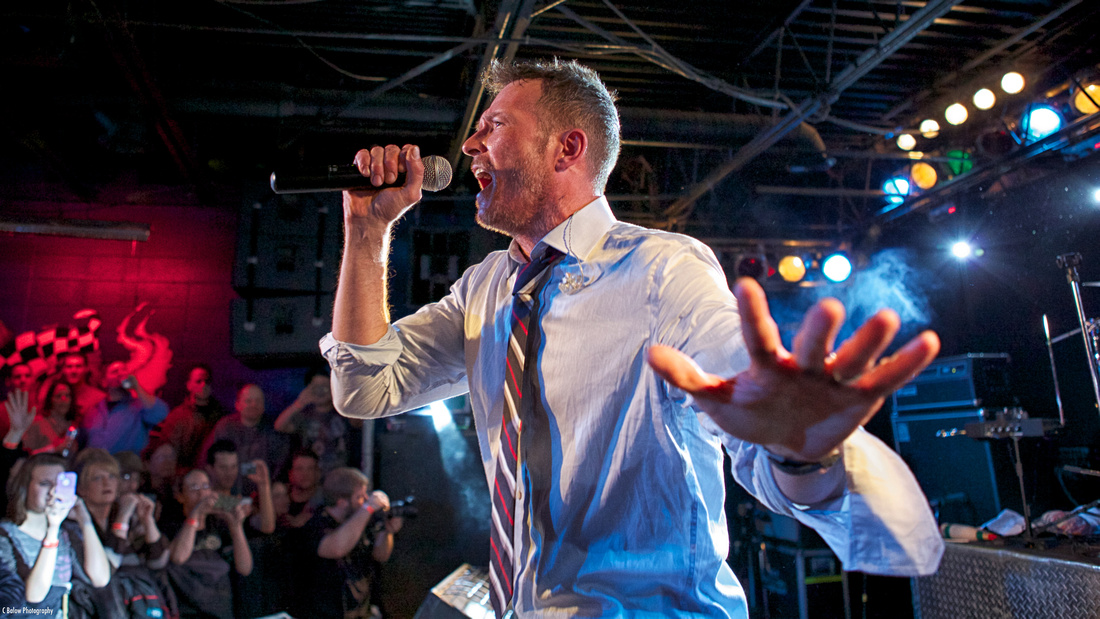 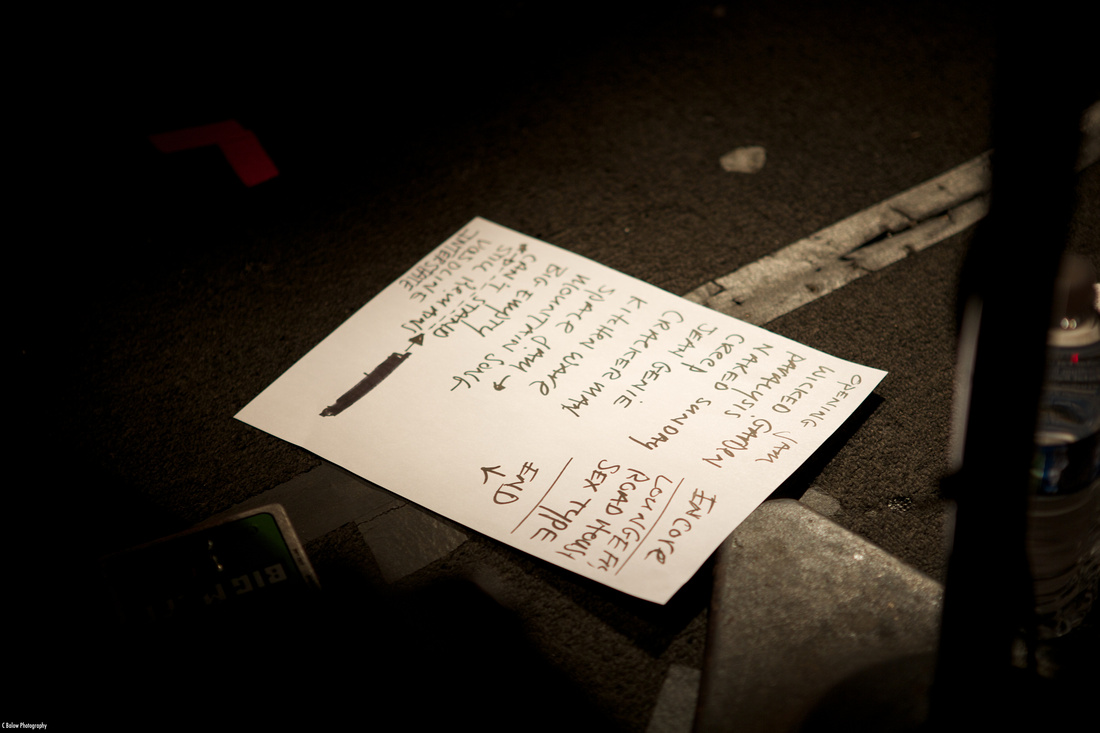