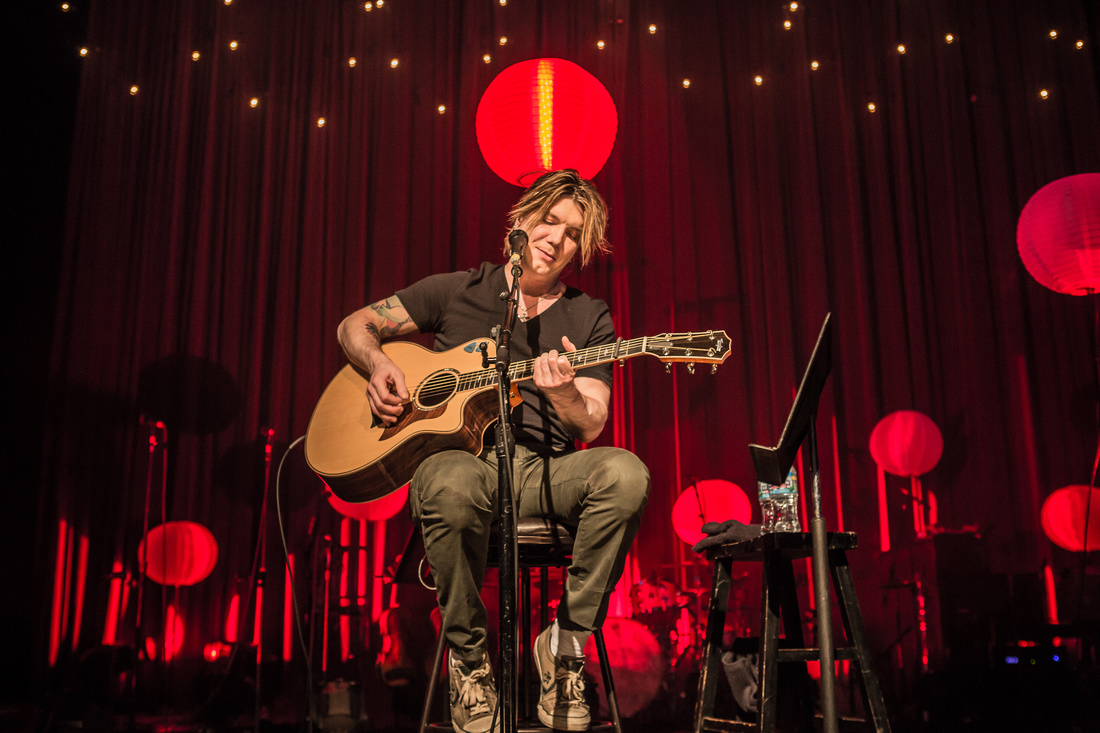 Proving that well crafted music continues to stand the test of time, The Goo Goo Dolls brought their hit songs as well as those from their latest release Magnetic to the Wharton Center in East Lansing, Michigan on Wednesday night. Johnny Rzeznik and Robby Takac decided to hone their craft acoustically, after they just completed their extensive tour last year with Matchbox Twenty. The band has done some one-off acoustic sessions in the past, but never really like this. The ultra-intimate setting of the Peasant Theater feels more like walking into the band's living room for a performance. This was a chance to put a slightly new spin on plenty of old favorites. Rzeznik came out and did the first two songs "Sympathy" and "Two Days in February" solo. Then is joined by Robby and the backing band for "We'll Be Here (When You're Gone)" Run River North, The Korean-American indie folk band, added the accompaniment of violin, guitar, and vocals to the rest of the set once the band played their smash-hit "Name."

Before playing "Slide," Rzeznik engaged the audience stating that song "was declared the most depressing song of the 90's" The audience seemed to know the darker undertone of the tune. "Then Nirvana came out with a little song called Rape Me.....that was a happy little tune" he chuckled to the burst of audience laughter. You would never have known that Johnny had lost his voice only a few shows before. The band was crisp and on point with their performance.

Be sure to check out Goo Goo Dolls this summer with Daughtry and Plain White T's on the arena tour circuit, but be really sad if you missed out on this performance.