Garth Brooks returns to Detroit where he began his Professional Live Debut!

Garth Brooks played his first show as a professional recording artist at the Detroit Downtown Hoedown back in 1989. On Friday evening, he acknowledged his clamoring fans at Joe Louis Arena and exclaimed that, “Coming back to Detroit is more than I remember. You can tell everyone it’s on!” Without a doubt, fans exuded their love for Brooks’ music as he worked in a few of his new tracks form his new album “Man Against Machine” amongst all the classic tracks that he classified as “Garth 101” his 2 hour and 20 minute refresher course. He bends over at the waist laughing hysterically thanking God for this life as a performer – grinning ear-to-ear seemingly thinking how has it been 18 years since he has last played in Detroit.

This is opening night for Brooks who is playing 6 sold-out shows over the course of two weekends in the Motor City; he is on fire stomping around the circular stage that extends to the back of the arena end—so much so that he is dousing his black cowboy hat with two Aquafina water bottles before he cast the remaining contents on the crowd. The lights over the set begin to simulate lightning --the fog machine pouring in smoke as Brooks launches into “The Thunder Rolls” and the crowd helps him sing every word. Mr. Brooks plowed through all the hits including “Rodeo,” “Two of a Kind, Workin’ on a Full House,” and of course everyone’s sing along bar tune “Friends in Low Places.” He represents the definition of quality country music and it’s really hard to imagine that he has been gone for so long. He even stops to say thank you to the audience for their supportive energy “What you’re doing right now means the world to someone that does what I do,” as he guffaws in disbelief.

During the middle portion of his set, Garth takes a break as his wife Trisha Yearwood comes out to preform 4 songs including her song “How Do I Live” from the movie “Con Air.” The crowd is still blissfully singing along and it’s refreshing not to have to wait for a set change. Brooks and Yearwood  started her portion of the set with a duet “In Another’s Eyes,” and ended the show with a duet of “Walkaway Joe” which is a rare tour treat. 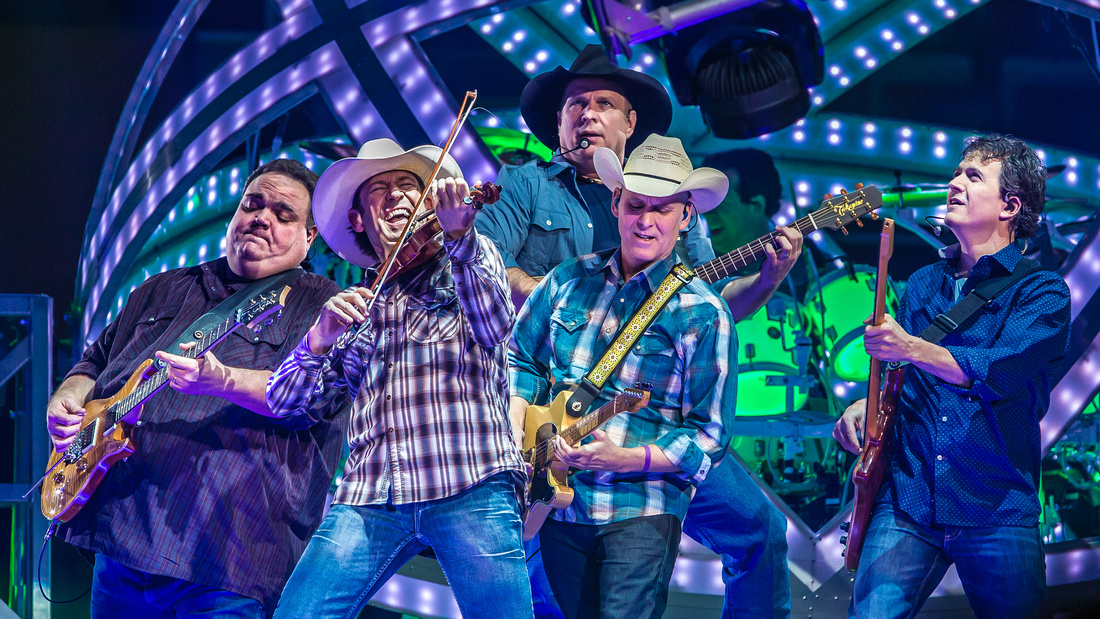 This will likely be one of the best country events to happen in Michigan all year right next to the Faster Horses Festival. The remaining people that have a chance to see Garth Brooks perform should – as it’s a unforgettable night.