Social Distortion Sells Out (Only the Venue) in Royal Oak, Michigan 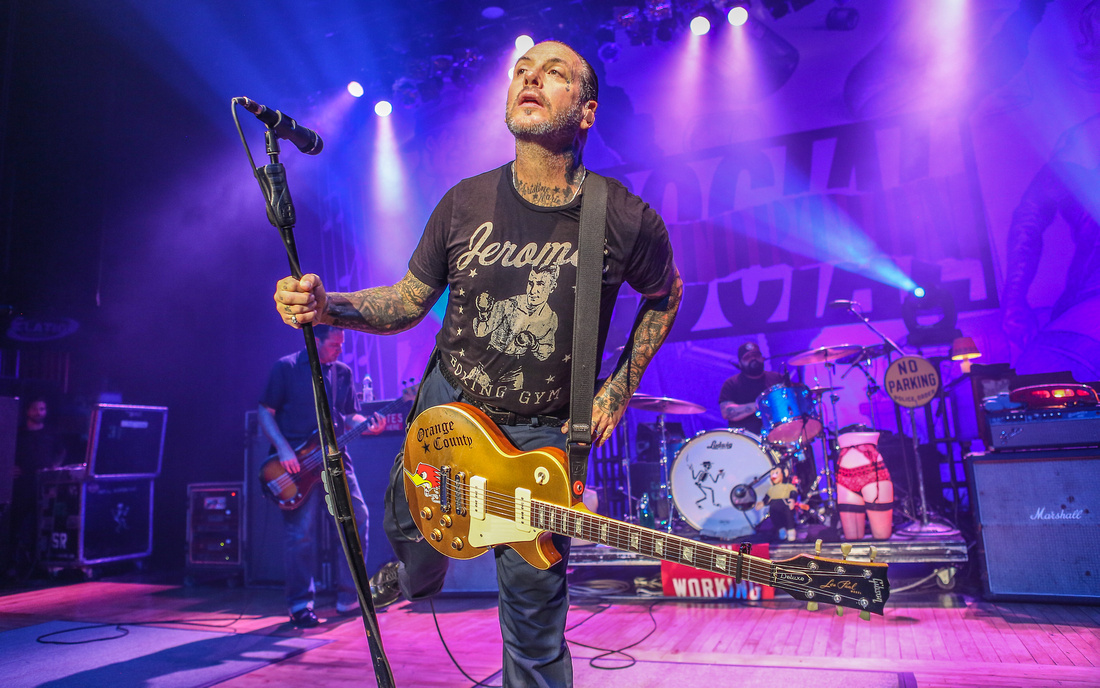 “We are really a mash up of the Rolling Stones and the Ramones….with Hank Williams behind the wheel,” explains lead singer Mike Ness to the sold out crowd in Royal Oak, Michigan. On this night, the band needs no introduction. There are so many of the band’s shirts being worn in the lobby, that they outnumber all other concert t-shirts in the whole building. There are bikers, young punkers, tattoo artists, a Wall Street looking suit, and women rocking their best 1960’s pin-up outfits. The overwhelming majority there to share in the down and dirty, punk rock, outlaw country that is Social Distortion.

Social Distortion is here to celebrate their 25th Anniversary of their self-titled album, while modestly flexing the muscle of longevity in the music business. The format is really well done as the band has decided to play their third album in its entirety yet not in sequential order. It makes the audience clamor with anticipation off every note waiting to cheer for their favorite track to be played.  It’s the anti-Smashing Pumpkins approach, and lets the band throw in other classics for the audience to enjoy.

Ness is already glistening halfway through “Let It Be Me” as the muggy air gets the temperature in the venue surging towards ninety degrees.  Powering through the chords he knows he has the audience hooked as the emergence of a circle pit forms and Johnny “2bags” follow suit with the rest of the rhythm section. He’s true to his influences as the band pays homage to Hank Williams and the Rolling Stones with covers of “Alone and Forsaken,” and “Wild Horses” toward the end of the set.

Before the finale Ness has security lift two young kids up on stage. “What is happening here tonight?” he asks the 8-year old boy. “PUNK ROCK!” says the boy as the whole place erupts in laughter. The band tears through the song that Johnny Cash made famous in “Ring of Fire.” It’s a fantastic display of how staying true to yourself and the music has fans of all generations coming out to support great music. Social Distortion is halfway though an eight-week tour, make sure you buy at ticket to the show near you!