Taylor Swift Flexes Her Pop-Superstar Muscle in Columbus, OH on the 1989 World Tour

This Friday, Taylor Swift was absolutely electrifying with “Style,” performing two back-to- back sold out nights at the Nationwide Arena in Columbus, Ohio. Taylor has risen to and uncanny stardom packing arenas on her cameo laden 1989 World Tour, which was jammed to the rafters with adoring fans who spilled out into the steps and aisle way to sing and dance in unison.

The show is gripping and really something to behold. Swift plays just a little over a 2 hours set which features synchronized glow bracelets timed to her songs, 12 foot pyrotechnic sparklers, and a catwalk that transforms into both a mega-ramp to the nosebleed seats as well as a 360° rotating catwalk that scissors upward spinning over the whole main floor. The main goal that Taylor wanted to achieve on this tour; was to make a stadium show that makes everyone in the building feel like they had an intimate and personal experience.  She and her team have really outdone themselves with the production. Once the catwalk began to rotate every fan in the lower bowl had to feel like they were getting a real world personalized concert with Taylor Swift. She had an unparalleled connection with her fans on this night and they thanked her with a near 35-second scream fest that got Taylor a bit choked up.

Taylor would also frequently pause between songs to impart some wisdom with the audience, often reflecting on her own experiences and maturity. She encouraged her fans that you shouldn’t worry if you choose the wrong person to trust, because eventually you’ll start to live your life on your terms. “You’ll feel Clean,” she echoes before launching into the track “Clean” from the 1989 album.

Most of the set list featured the hits from the new album by the same name, while she embraced more of the pop-superstar that she is becoming. She did perform some of her earlier country-esque hits like “Love Story” and “You Belong To Me.” One of the highlights of the night was a surprise guest duet of the sleeper hit “Cool Kids” with lead singer Sideny Sierota from Echosmith.

Taylor Swift is sitting on the pop throne right now and for good reason. The 1989 World tour is a unique concert experience that can really only be experienced by buying a ticket. The Tour de Swift wraps up in Tampa, Florida on Halloween so make sure you secure your tickets for the remaining eighteen dates. We guarantee you won’t be disappointed. 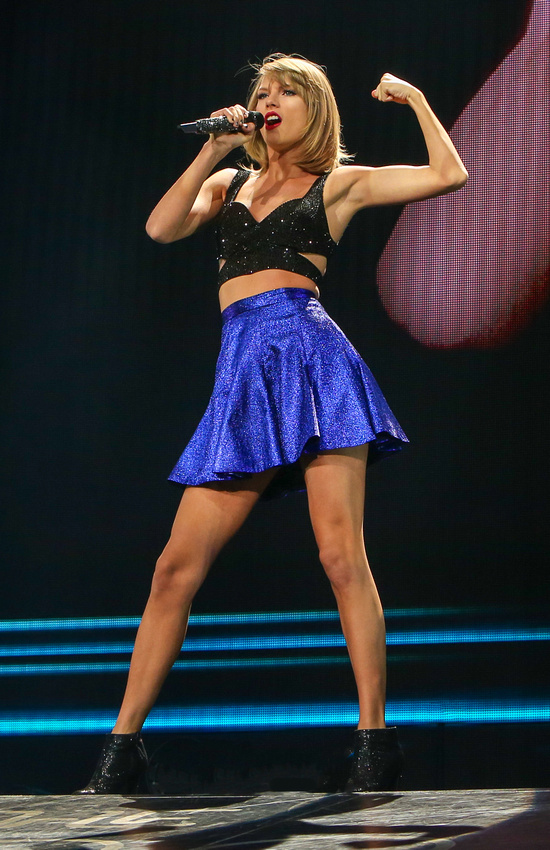 The 1989 World Tour Setlist:Welcome to New York
New Romantics
Blank Space
I Knew You Were Trouble [Remix]
I Wish You Would
How You Get the Girl
I Know Places
You Belong With Me [Acoustic]
Clean
Love Story [1989 Remix]
Style