Cage The Elephant Is Unstoppable at Masonic Temple

Matt Schultz hit the stage with ferocity on Saturday night fronting his band Cage The Elephant at Masonic Temple. It’s the kind of energy you see when you drop a roll of Mentos into a Diet Coke transferred into human form. He moves at neck-breaking speed; if you look left he is dangling off the edge of a speaker stack– look right and he is using the microphone stand like a pogo stick vaulting himself into the air. The rest of the band is solid laying down some serious percussion all whilst delivering some bluesy guitar riffs to match. 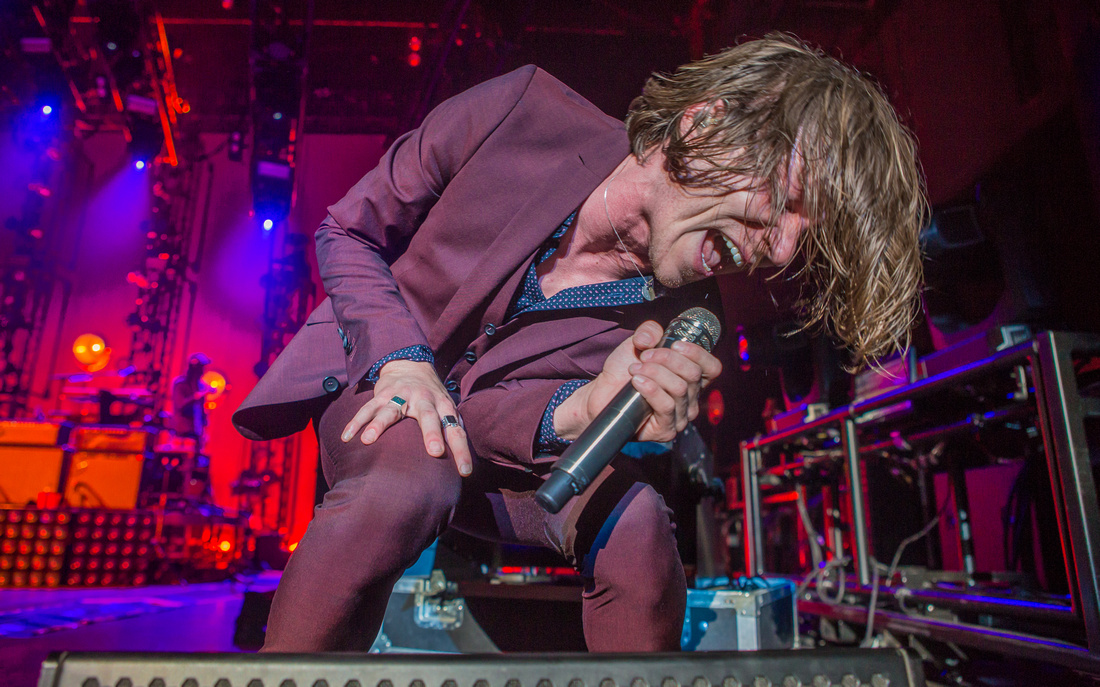 Cage The Elephant launches into their 2008 hit “In One Ear” as a follow up to the opening track “Cry Baby” and the crowd responds with a wild sing along. A steady stream of crowd surfers (missing articles of clothing) streams over the barricade as the ebb and flow of sweaty moshers sets the tone for the evening. Matt Shultz then sprints across the stage in his purple suit jumping on the back of his older brother Brad. Brad seems unfazed, and he and the band continue to jam out the guitar solo, as if this behavior is routine. The Kentucky foursome is here in support of their new album “Tell Me I’m Pretty,” which was produced by Dan Auerbach of The Black Keys. Launching into “Mess Around” you can hear Auerbach’s influence on the track, and Shultz begins to swing his hips and use the mic stand as an imaginary dance partner. It’s a fantastic album and gives the band a fresh set of tunes that plays extremely well with their older material. 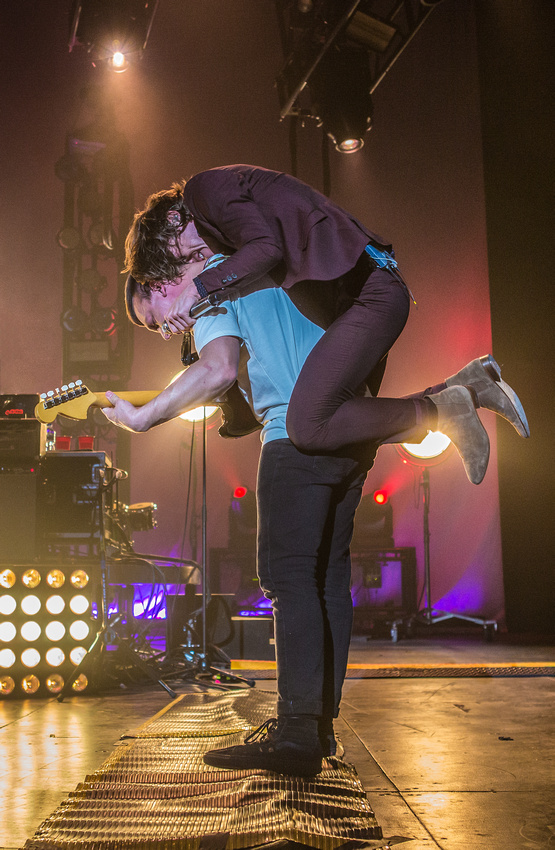 The crowd is doused in sweat, with concertgoers looking like they have been in a ten-round fight. Shultz jumps off stage to reinvigorate the faithful on the barricade who showed up early to get the best view. His body is now lost in a see of arms and cell phones; but you can hear him singing the words to the hits “Back Against the Wall” and “Come A Little Closer.” I can’t help but to think that the band sounds as good as they do in studio as they do on stage. 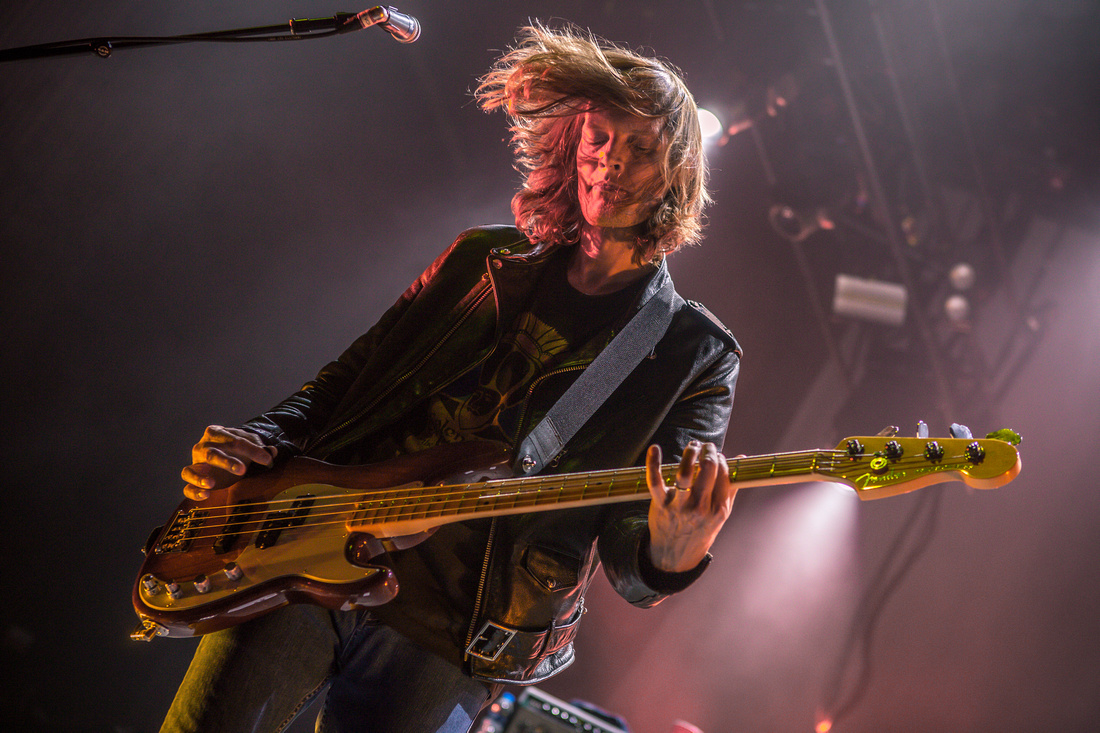 The show ends fittingly with the song “Teeth” which sounds a bit like something that Jack White might have wrote. White owns the Masonic Temple now, yet it’s Matt Shultz and Cage that are channeling White’s punk rock energy for this closing tune. Please get yourself a ticket to one of their shows as they are stretching out tour dates into June with a couple of mixed in festivals along the way. Cage The Elephant is just entering their prime as musicians, but you shouldn’t miss seeing them while they are this entertaining!