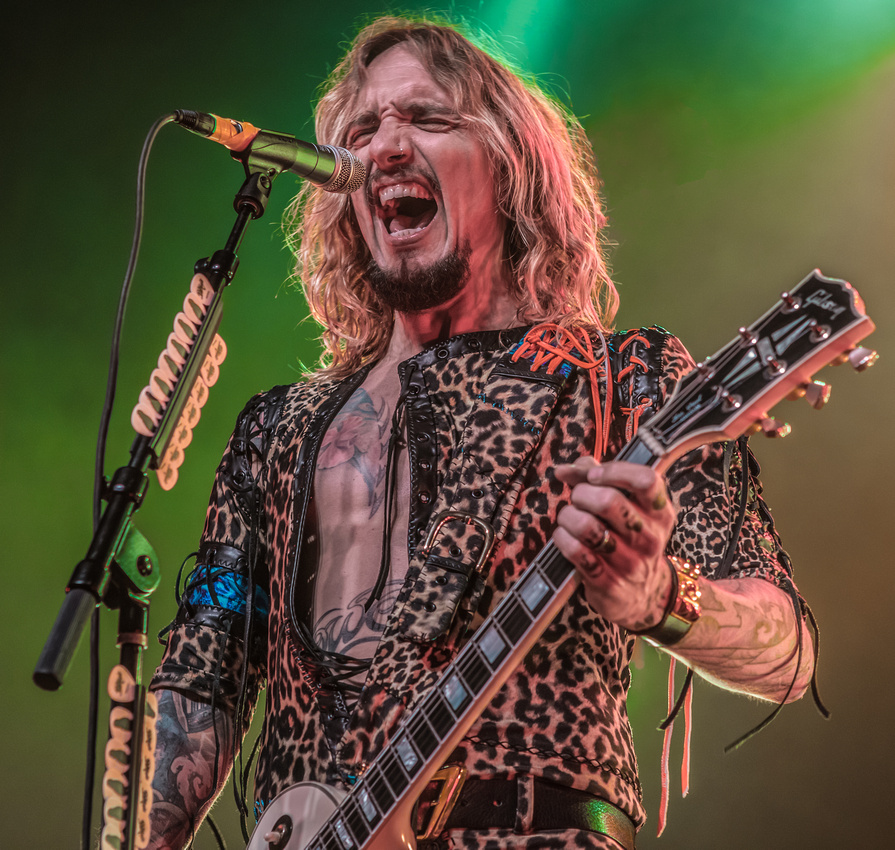 Have you ever seen a lead singer doing a handstand in front of the drum kit wearing a full leopard print onsie? Well neither had we until we witnessed the chaos that The Darkness brought to the Majestic Theater in Detroit on Friday the 13th. Lead singer Justin Hawkins moved like a whirlwind on stage - switching out guitars, sliding on his knees, and doing upside down jumping jacks. The band seemed unabashed to rip though their 90 minute set for their new "Tour de Prance" U.S. Leg of this tour.

It’s totally ridiculous and completely in keeping with an over-the-top show that the band approach their set as if they were playing the 19,000 seat Little Caesar's Arena rather then the 1,650 guest capacity Majestic.

Kicking off the show with the song "Open Fire" from 2015’s album "Last of Our Kind" is an igniter before "Love Is Only A Feeling" from debut smash Permission To Land set the crowd off into a singing frenzy. The Darkness are back to rock our socks off like they were a mashup of Steel Panther meets early Aerosmith!

Hawkins’s younger brother Dan hammers off a power chord performance on rhythm guitar while the Afro haired bassist Frankie Poullain – dressed in a solid gold suit is the master of rythm section as he lays down the backing beat to allow the primal screeching front-man to enthrall the crowd with his over the top antics. 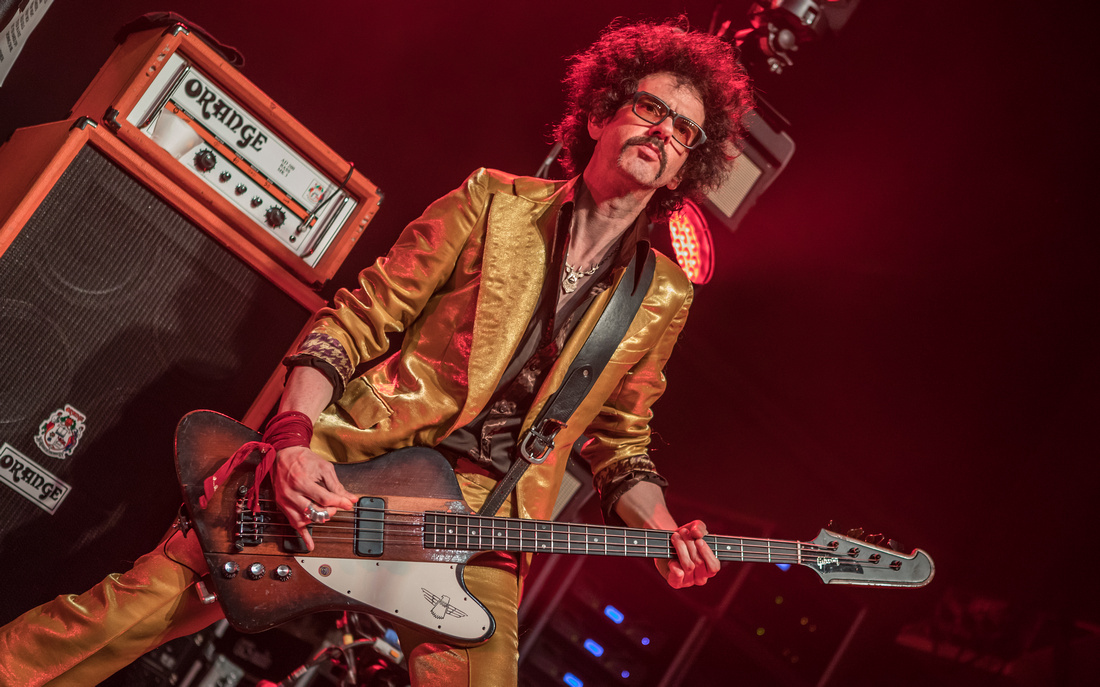 At one stage Hawkins comes back out dressed in a pure Michigan shirt, a speedo, and some knee high socks. He doesn't stop there as he begins to ask the crowd for some wardrobe help by throwing miscellaneous clothing items (denim jacket, and trucker hat) to him as he rips thought the last son of the night "I Believe In A Thing Called Love."

The experience is pure Rock N' Roll at it's finest and one that should not be missed. Check out the smash hit "Solid Gold" from the band's new album Pinewood Smile!