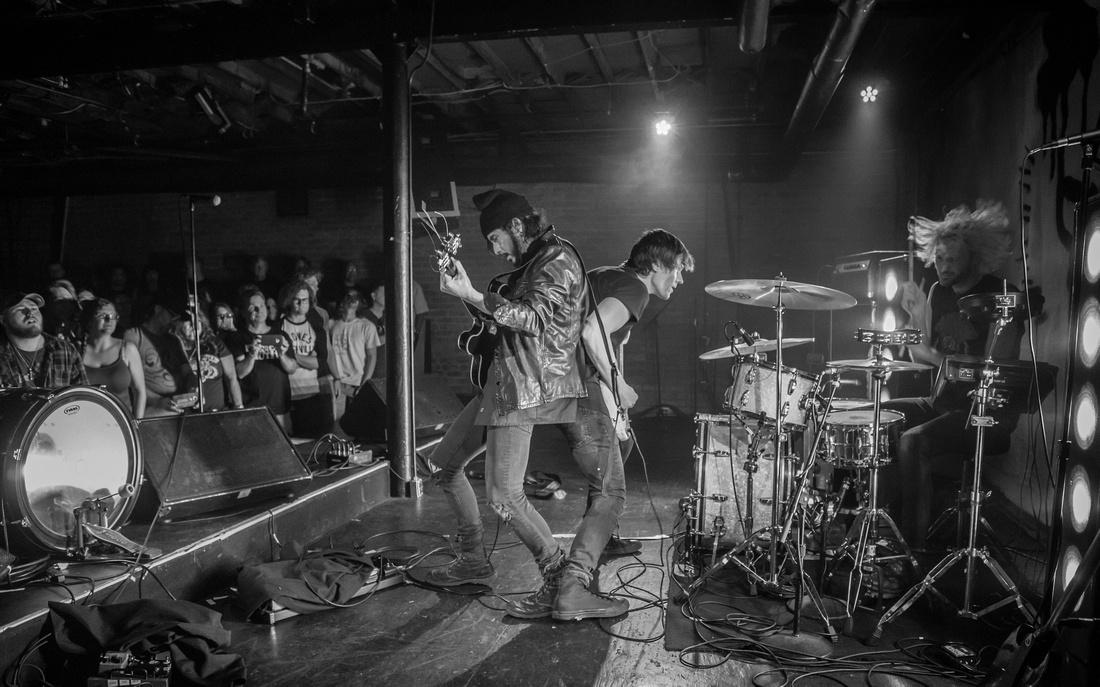 My first introduction to Reignwolf aka Jordan Cook was from someone who sent me his Live on KEXP performance on YouTube. It’s an exhausting, sweaty performance that draws the listener into the world of one of the most talented rising stars in rock music today. It’s the kind of performance that is so passionate, it makes you pissed off when someone tells you “there is no good new music. It’s 27 minutes of raw power rock music with an engrossing cover of Fleetwood Mac’s “The Chain” embedded in the middle. He plays two different guitars, keeps the beat with a kick drum, and sings the whole set by himself.

Reignwolf brought that same energy to The Shelter in Detroit 8/21/2019 which is the same venue that hosted the early rap battles from Detroit artist Eminem. It's his third time at this venue, and he played the guitar so hard the first time he bloodied himself all over his guitar. The show is pure fire from the minute the band hits the stage. Unlike his solo KEXP, Reignwolf brings some help with Joe Braley smashing the skins and S.J. Kardash on the four string. The show begins with Wolf slithering between the support beams while blasting through songs “Over & Over”, and “Hardcore.” The temperature in the room is rising; and the front row is beginning to share in sweat exchange as Reignwolf drips exhaustingly from above. He flips the microphone stand around backwards and tears the mic off with a swift maneuver. The band launches into their third song as Reignwolf slowly beings to wrap the mic cord around his neck while simultaneously plays the riff to “Are You Satisfied.”

The crowd is singing along and really engaging to the point where the band decides to break down the whole set and move into the pit area. First the snare drum, then the mic stands, then the bass drum all gets lowered into the floor from the stage. The whole show is now played in the round surrounded by fans. It’s not enough for the band to give you a show, they are determined to give you a memory that makes you want to clear your schedule for the band’s future performances. There is no way anyone in this audience will not come back! Cook announces that the whole band has never played on top of a bar together. So out of the pit they travel, another 15 feet to the top of the bar to play the finale “Palms to the Sky.” Jordan is first on top after hoisting his amplifier. The joined by Kardash and Braley who are not sure how to quite position themselves just yet.  The band jams out an extended version of the song to every excited person in the crowd. This is a fantastically intimate performance that no one in the audience will ever forget. 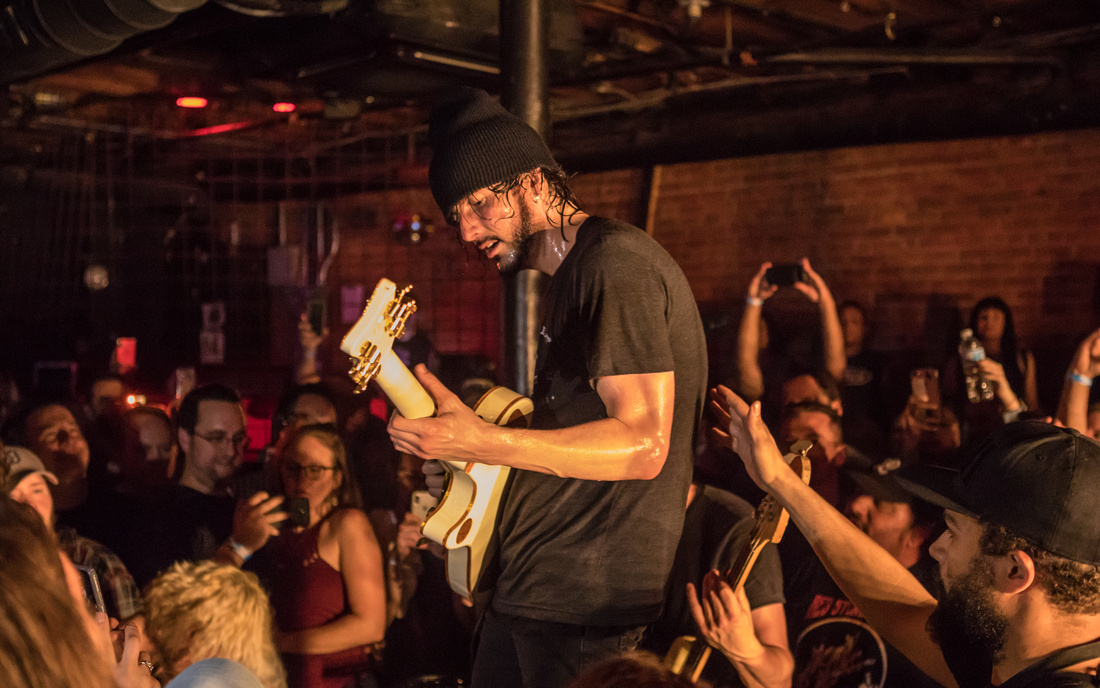 When someone tell you that all new music is crap, ask that person if they have ever heard of Reignwolf. If they haven’t make sure to send them a link to the current tour dates. The band will be touring across Canada and throughout the end of October. Do not miss the show in your area! 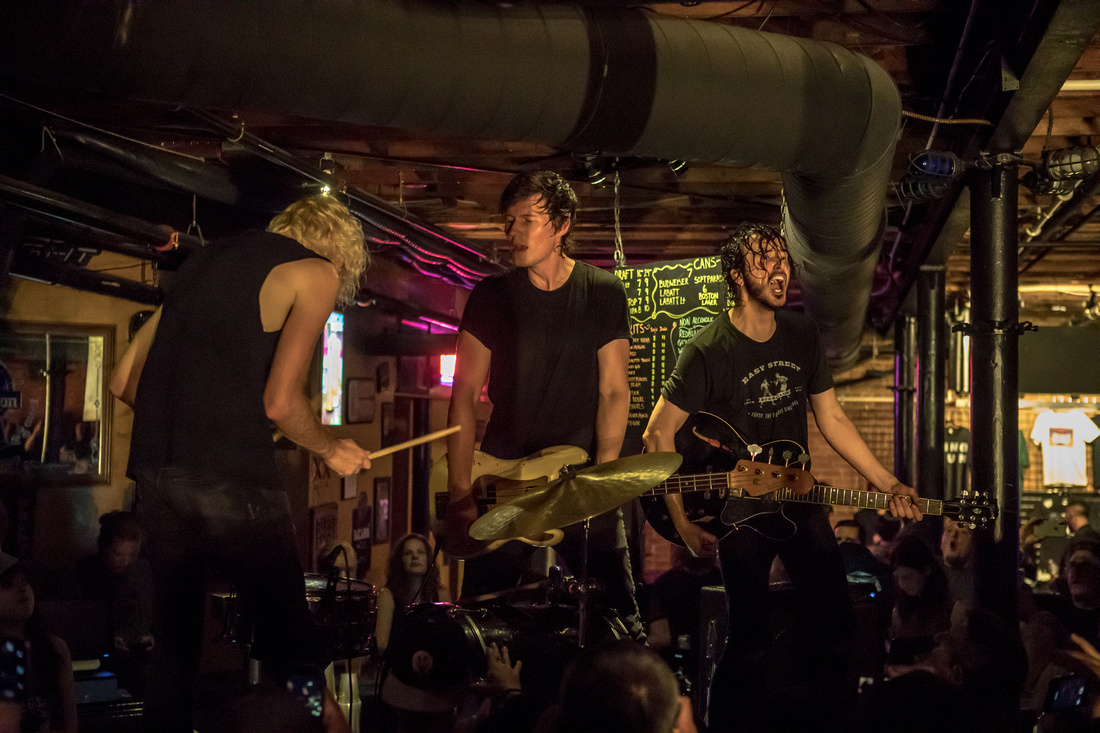