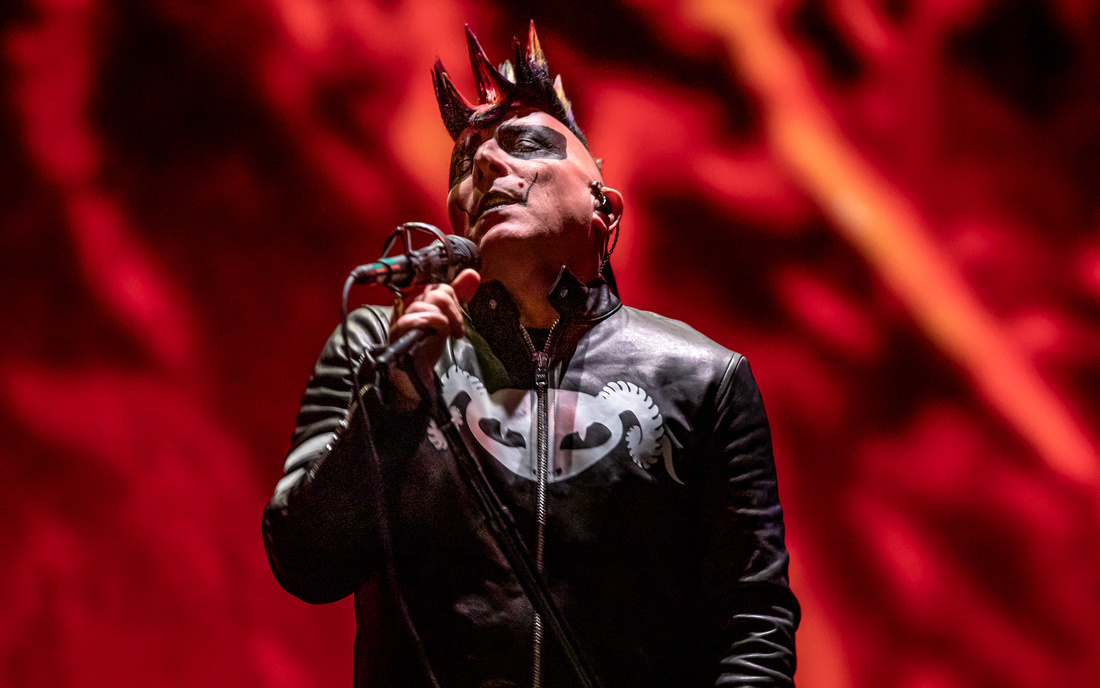 Tool began their night at the sold out Little Caesars Arena in Detroit with the self-titled track from their latest offering ‘Fear Inoculum’. The grinding 2-minute intro before the first lyric has been sung, is a satisfying way to unite the crowd’s collective focus to the music. As Maynard James Keenan begins to sing “Immunity, long overdue, Contagion, I exhale you” it feels as if it’s the perfect metaphor for the pandemic we have all gone through over the last several years. Tool’s music is the purification and purgation of all these emotions through dramatic art and visuals. It is simply cathartic.

The show visuals are all encompassing, with a balance of aggression and control that matches the thematic ideas of their music. A giant heptagram is the main focal point for the stage with an accompanying laser light show that pairs with the music perfectly. Patrons are asked to keep their phones put away so that they, along with their seat mates, can indulge in the performance without the temptation of distraction. And it works! There is so much going on visually that it feels like a betrayal to text or take photos.

Maynard stalks the right side of the stage in his leather Puscifer jacket sporting a triple-row spiked mohawk. From the shadows, he pounds his chest to the beat of Justin Chancellor’s bass guitar licks. “Michigan I know you’re not going to embarrass me in front of the band”, he rhetorically asks the crowd. It’s a reminder that he is one of us as he spent most of his formative years in the state. Tool continued into their set, going back to ‘Undertow’ for the song “Opiate”, then into “The Pot” and “Pushit.” MJK’s vocals were pushing harder and harder through the older material. He can easily switch to the left side platform on the other side of drummer Danny Carey which serves as a guide to keep focus on the performance. 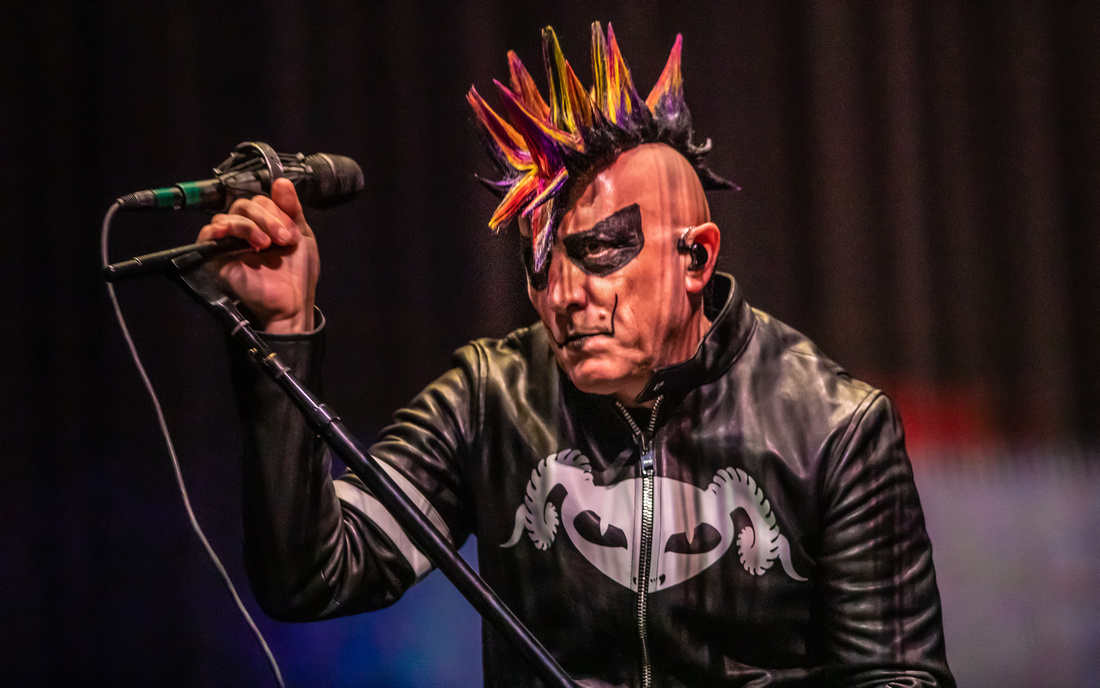 Tool are clearly masters of their music and their own environment. The rhythm section and guitar mastery is worth the price of admission alone. Chancellor and guitarist Adam Jones often face inward as if each is transferring energy to each other. Jones plays at a frantic pace without much body movement as if he is channeling a spiritual power to his body from above. Chancellor begins to swirl his pelvis as if he is invisible hula-hooping, taunting the front rows to give him more energy. The crowd happily obliges. Danny Carey is truly a spectacular drummer and his ability to switch between tempo and time signatures is truly unmatched. 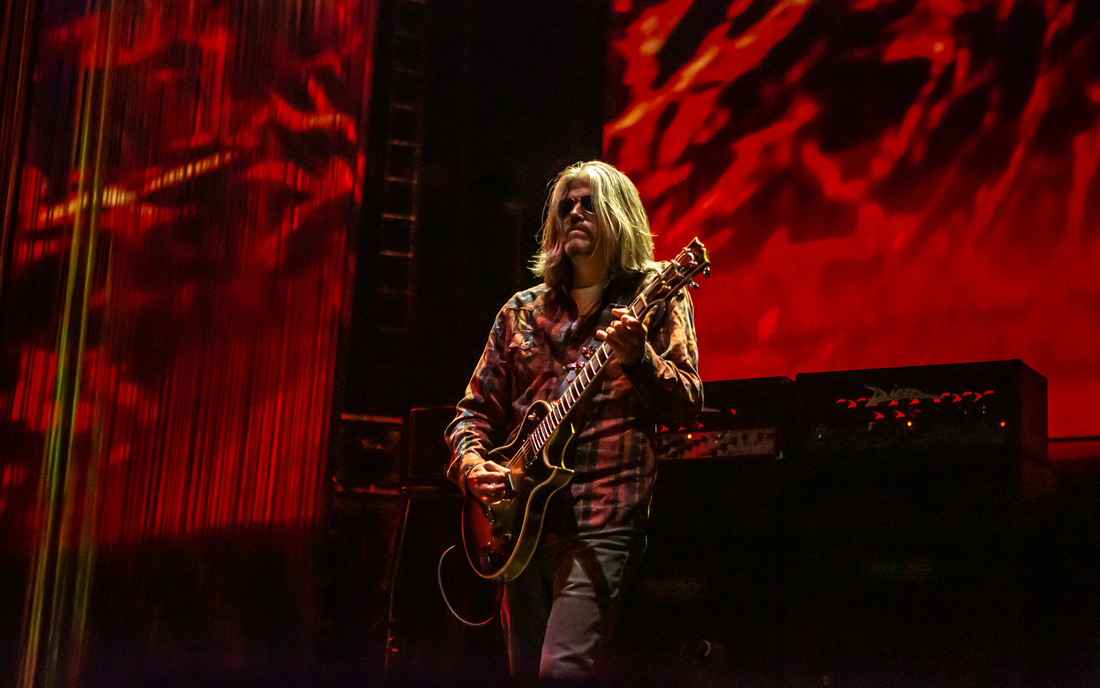 In the biggest surprise of the night, the band launched into another self-titled album track with “Undertow.” The song had not been played live since April, 29, 2002 for more than 20 years. It was a perfect replacement for me as they left my favorite song “Right In Two” off the setlist tonight.

After a ten minute intermission, Carey reemerges behind the drum kit to smash a solo that leads right into “Chocolate Chip Trip” reminding the crowd to keep focus for the final three songs of the encore. In a way that feels like MTV’s unplugged, the band gathers in the center of the stage as they begin the penultimate “Culling Voices.” Carey shows you he is not only a master of his impressive drum rig, but also plays guitar with his fellow bandmates. It’s just another way to draw the crowd’s attention back from their realities. The final song of the night was “Invincible” and the exhausted crowd seems to have had a holy experience that can only be felt if you were in the arena. It is simply cathartic.

Hooker With a Penis