It’s not often that you see a concert with one band fronted by a physiotherapist and the other by an attorney. 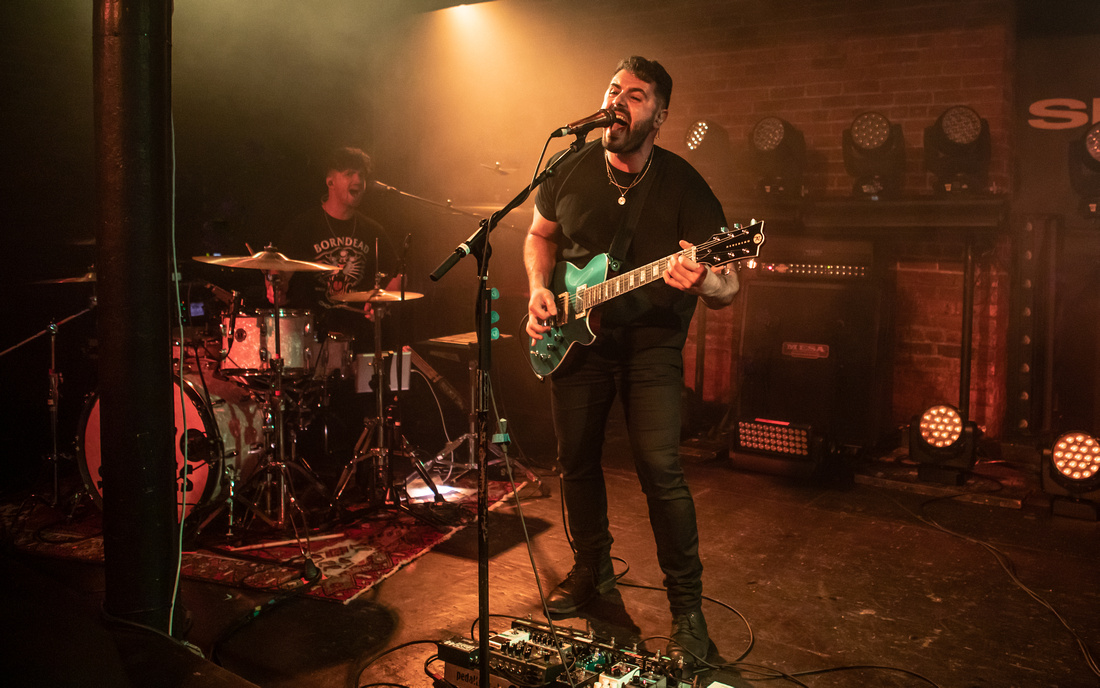 Fans of the Blue Stones and Des Rocs witnessed a mesmerizing high energy rock show at the sold out Shelter in Detroit, Michigan on June 11, 2022.   Both bands tested the structural integrity of the building which recently underwent repairs to the floor of Saint Andrew’s Hall, which is just above the Shelter.  The floor almost buckled under the weight of jumping patrons during a Baby Keem’s concert last March.  No need to call Sam Bernstein.  There is already a lawyer on site.

The evening started out with newcomer, Clay Melton, who played a bluesy four song set which was very well received by the audience.

Des Rocs took the stage next deferring the headline spot to the Blue Stones, which was essentially a hometown show for them since they hale from just across the Detroit River in Windsor, Ontario, Canada.   Windsor fans in attendance were not deterred from heading across the northern border by having to use the ArriveCan app.  Perhaps a few of them swam to avoid humming "Oceans" by the Blue Stones to themselves along the way?

Imagine a whirling dervish from New York with an electric guitar channeling Elvis and issuing aural summons to those gathered, commanding no less than a frenzied response.  That would be Des Rocs. Esquire. 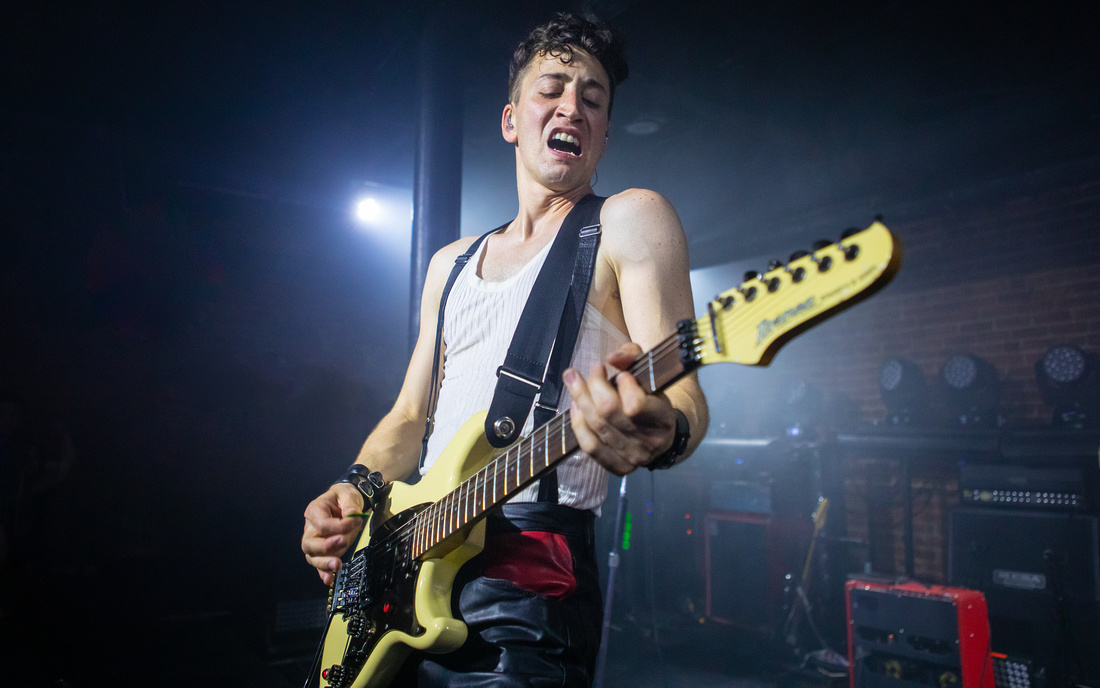 The band is composed of Danny Rocco aka Des Rocs, lead singer and guitarist, Eric “Doc” Mendelson on bass,  and Will Tulley on drums.  The trio delivered an eleven song set of unrelenting intensity starting with “Why, Why, Why” from their latest LP “A Really Good Person in a Really Bad Place.”   They also played, “HVY MTL DRMR,” which is a song so massive, you would need to buy three vowels and then capitalize them all in order to give it supreme justice.

A cover of Queen’s “We Will Rock You” featured a volunteer solicited from the crowd, who unbeknownst to Des Rocs, was drummer Jed Thibeault, from Avalon Black, a four-piece band from Flint, Michigan.  Jed is a longtime fan of 4 years and it was his first Des Rocs show and it won’t be his last.  Well, maybe not as a guest percussionist?

Canadian rockers, The Blue Stones were greeted by the ecstatic throng, who were now ready to receive treatment for compulsive enthusiasm and systemic rowdiness.

A stellar live performance comes standard with the purchase of a Blue Stones ticket.

The dynamic duo, Tarek Jafar on vocals, guitar and keyboards and drumsmith and backing vocalist, Justin Tessier, turned up the ultrasound to eleven with what could be a greatest hits set list. 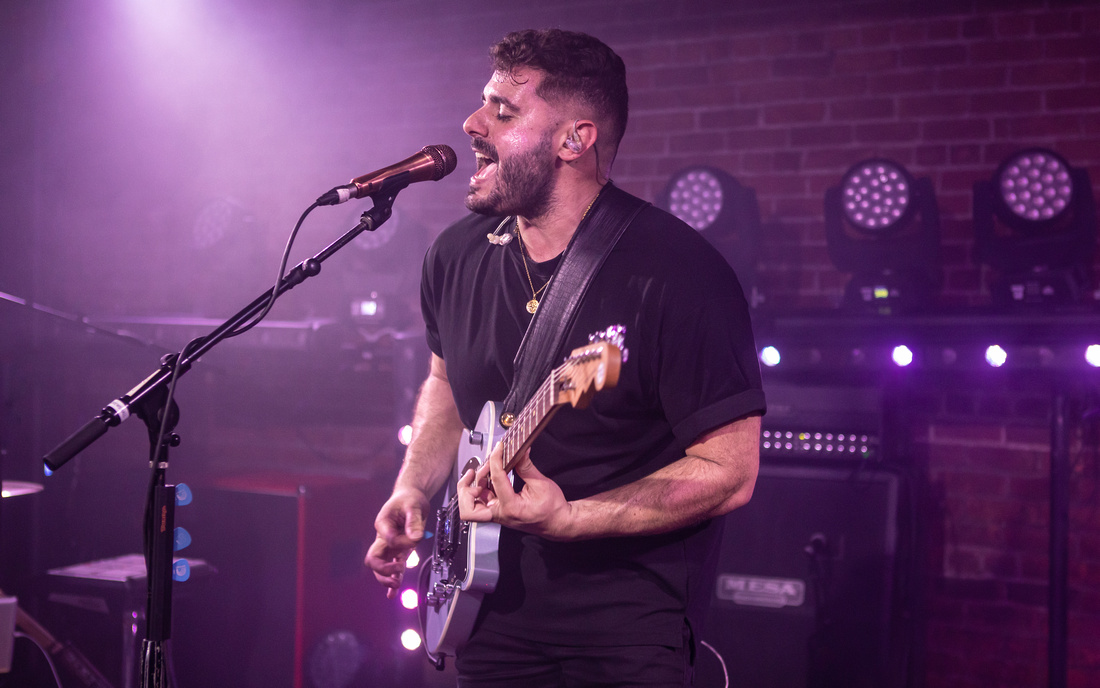 Every song featured addictive hook-laden grooves including “Grim”, “Be My Fire,” “Rolling with the Punches” and “Shakin’ of the Rust.”  The fans sang along to every chorus and resoundedly applauded.  A new single called “Don’t Miss”, was an added bonus.  It contains the best lyric to epitomize the Blue Stones’ songwriting, “Cuz it’s hit, hit, hit.  I don’t miss, miss, miss, uh huh.”  The Blue Stones continue to churn out

It was a hot and humid affair and Tarek described his bandmate Justin as a “Sweaty, sweaty boy”, while perspiring profusely himself.    The aftermath of the show was like “hitting the wall” after running a marathon.   Exhaustingly satisfying and infused with endorphins. If you don’t have the time to run 26 miles, just go see the Blue Stones in concert. Five out of five physiotherapists recommend it. 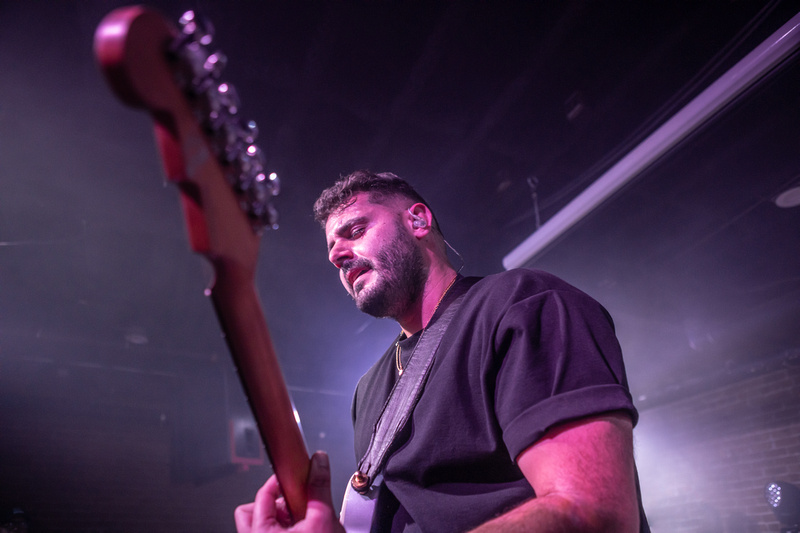