TwentyOne Pilots chills Detroit on the second night of the Icy Tour! 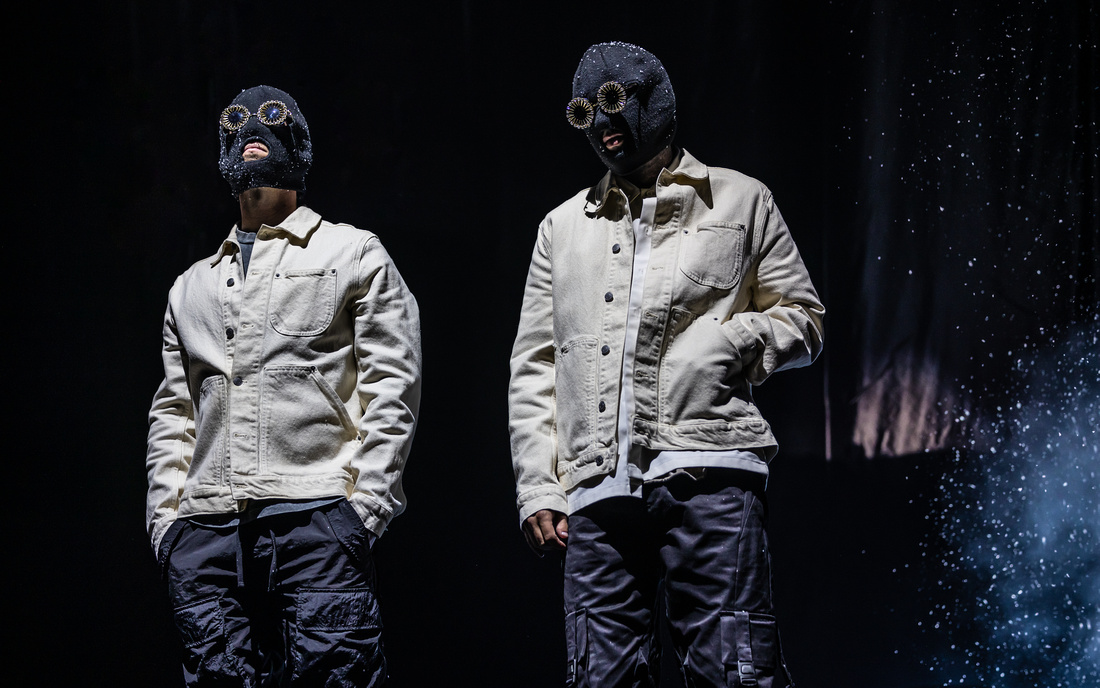 The Grammy winning pair of Tyler Joseph and Josh Dun have been entertaining audiences across the UK and Europe this summer, but they landed in Detroit last night with the Icy Tour. The ski mask clad duo emerged from the blue door in the floor the stage determined to impress the maximum capacity crowd at Little Caesar's Arena. The fans came from all around the USA, some even camping in tents for three days before the show just to be on the barricade. One young woman on the barricade even told me that she is alive today because of the bands inspiring messages. It's refreshing reminder that music is able to provide a path for focus and healing. 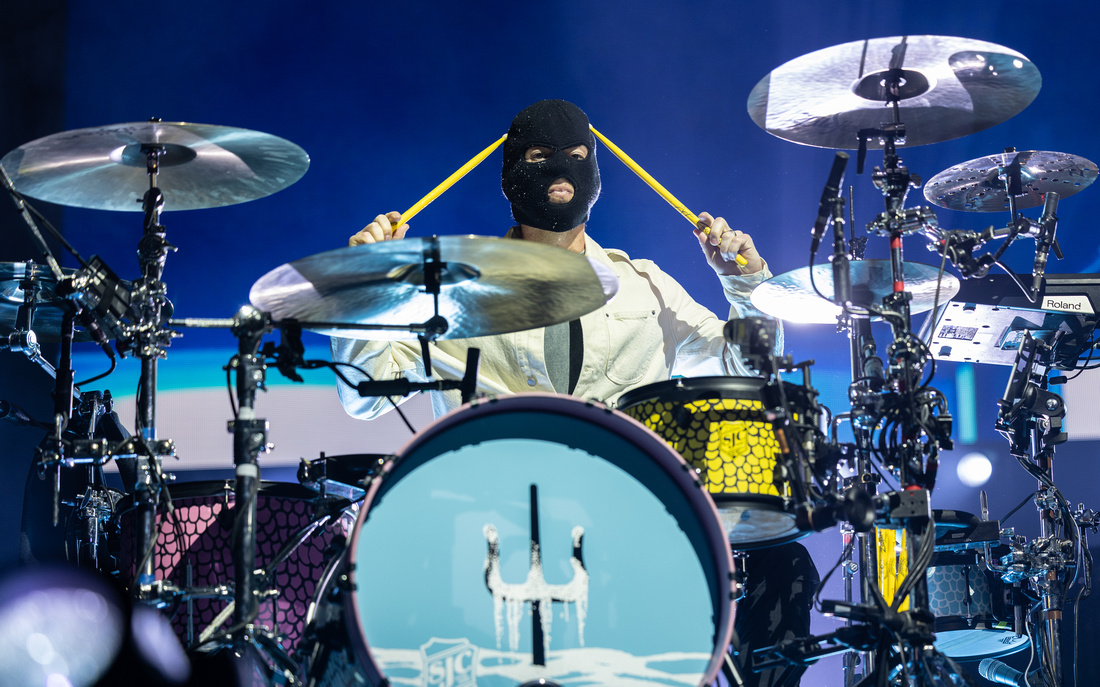 TwentyOne Pilots brought all their collective hits paired with second stage in the middle of the arena to get up-close and personal, Josh’s iconic drum island, Tyler’s smoking mask, and multiple flips and stage jumps. It's the kind of performance where if you take your eyes off the duo for a second you're bound to miss something incredible. When the band exits the main stage and moved to the back of the arena (sorry campers) Tyler trades of lyrics with the crowd who came well prepared and knows all the words. 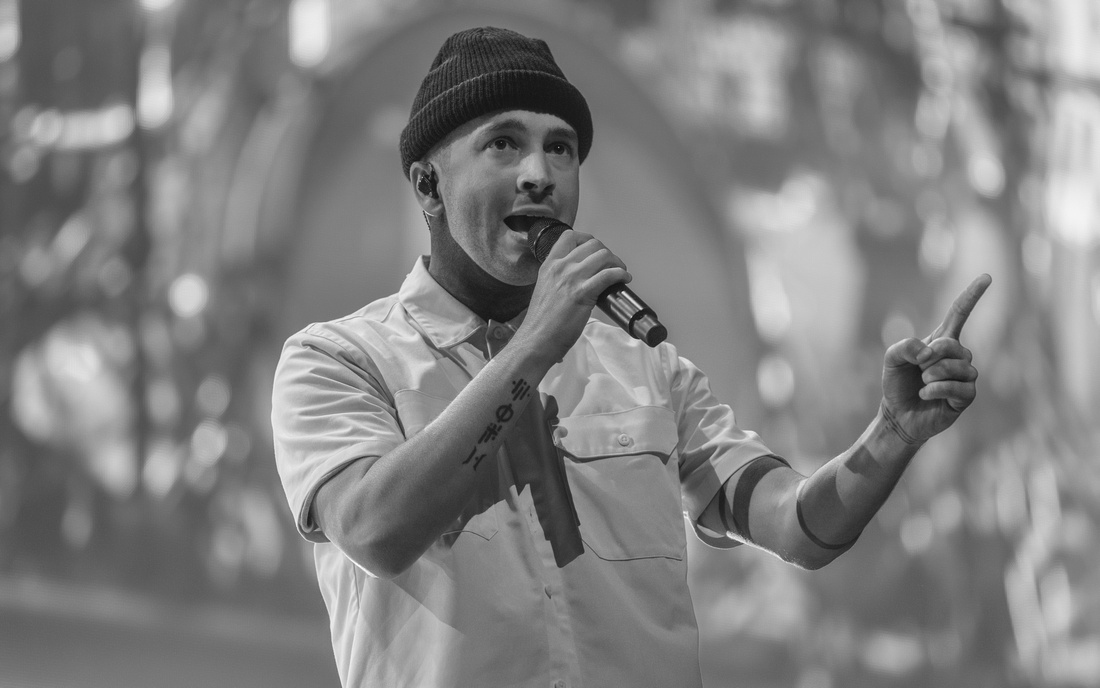 The setlist is chock full of songs opening with latest album Scaled And Icy’s opening track "Good Day", before dropping the classic hits like "Guns For Hands" to "Addict With A Pen" and "Ride". They finished with a fantastic run of "Shy Away", "Car Radio" and their most famous mega-hit "Stressed Out." I know many Detroit area fans who are surely going to want to double-down on this performance at the end of the month in Cleveland. 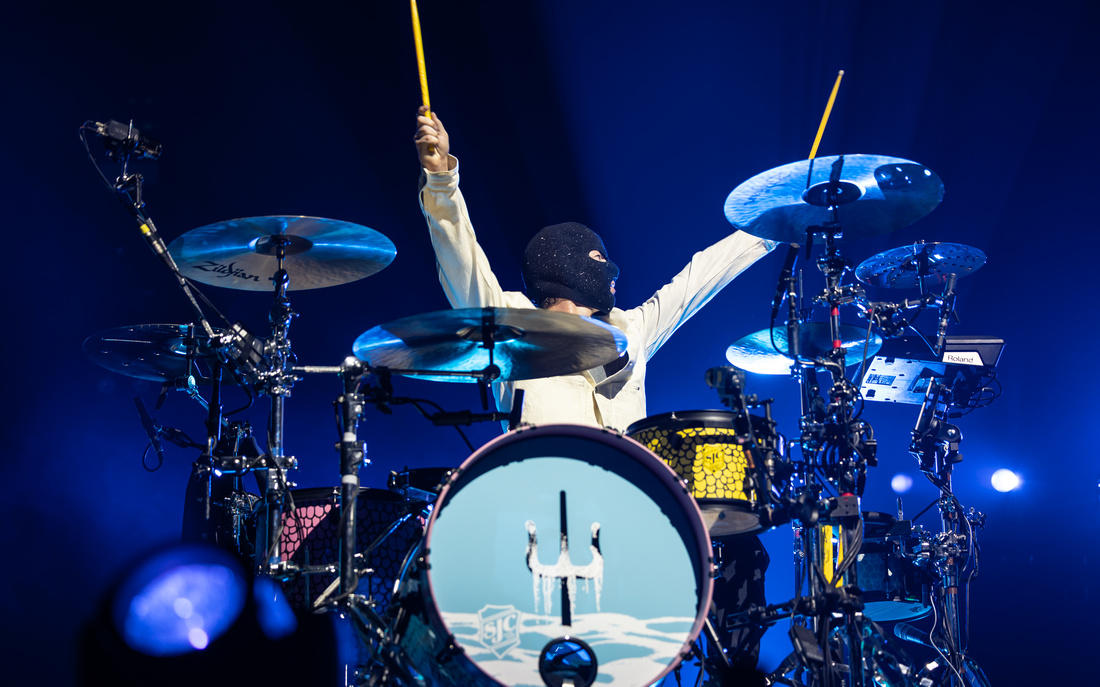 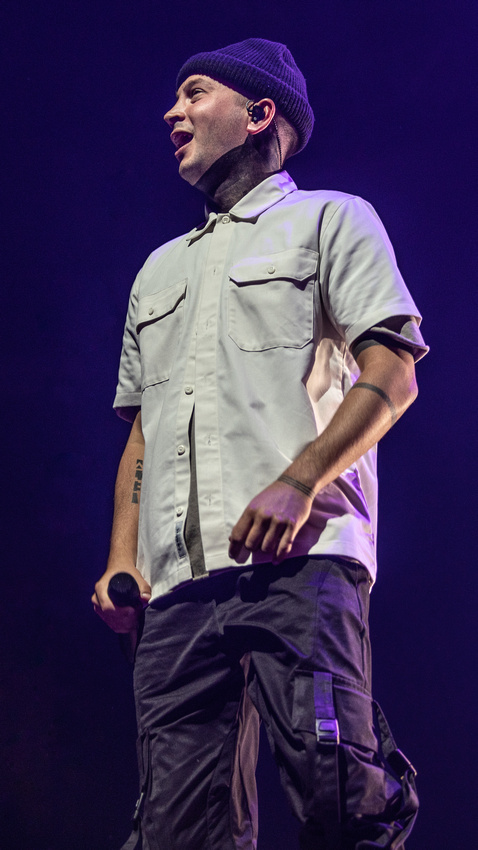 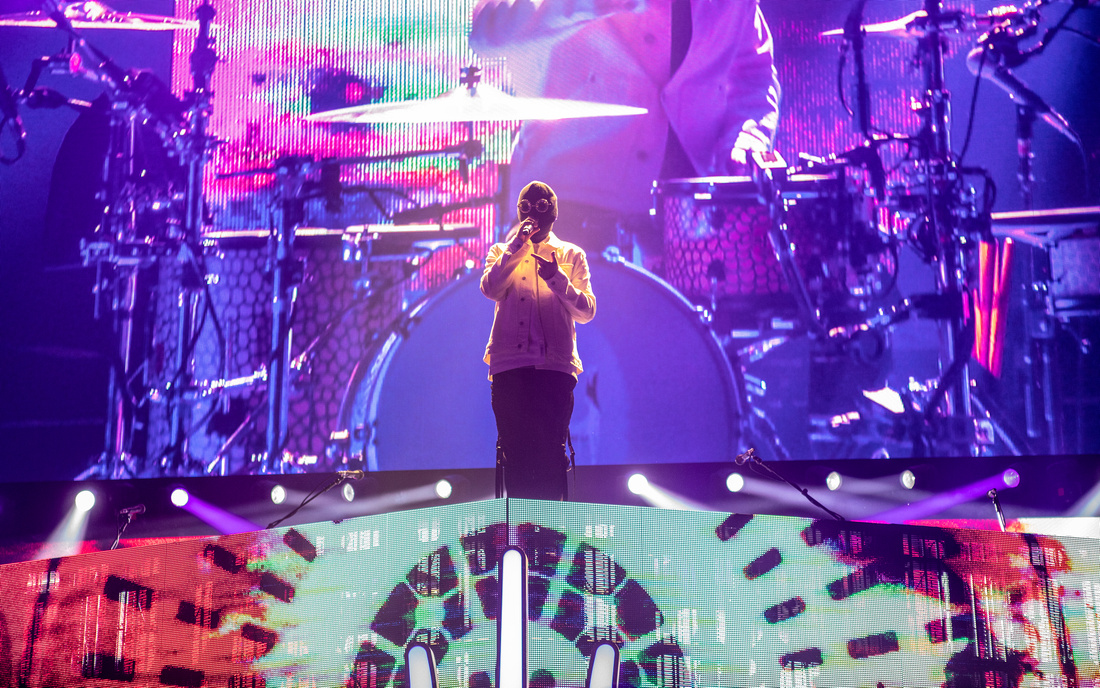