Nine Inch Nails Crushes Cleveland with All Their Might!

All Words & Photos By: Chris Balow

Industrial music may not rule the commercial end of the music world these days.

But you wouldn’t know that from the crushing success that Nine Inch Nails had over the past few days. On Friday, the band stopped by the Rock N’ Roll Hall Of Fame to celebrate their 2020 induction. They did a two-hour Q&A session for select fans with some of the group’s most important ex-members. Keyboardist Charlie Clouser,  drummer Chris Vrenna, guitarist Danny Lohner, and guitarist Richard Patrick were all in tow to celebrate their contributions to the band over the past 34 years. I’ll get to more of their involvement in a minute.

This special one off show from the current U.S. 2022 Tour featured special guests Nitzer Ebb, and a band that Trent often cites as his inspiration to start NIN, Ministry! Al Jourgensen is no stranger to the NIN camp and commented throughout the years that you can hear Trent’s influence from Ministry’s music. Yet no matter the influence, the music ends up coming out sounding like Nine Inch Nails. There are of course similarities, but Trent Reznor always puts his own imprint on the music. 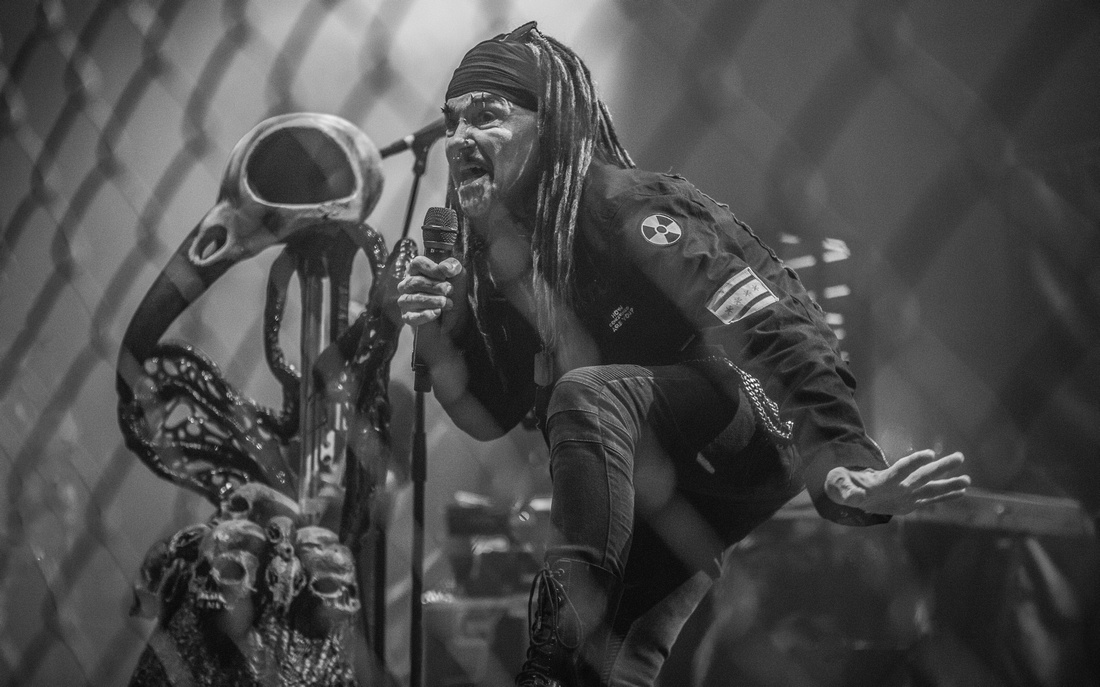 Ministry began the night chugging through their 9-song set covering a bulk of material off of “The Mind is a Terrible Thing to Taste” and “The Land of Rape And Honey.” Veteran guitar players Monte Pittman (Madonna) and Cesar Soto (Man The Mute) power up “Breathe” as the opening track while eyeballing the crowd through the cyclone fencing erected across the front of the stage. Roy Mayorga (Soulfly, Stone Sour) drums with perfect percussion as Al stalks the front of the stage. Jourgensen now has ditched his illuminated cross for a new mic stand emblazoned with a Khonshu bird carcass adorned in a base of human skulls. One of my favorite moments is their cover of Black Sabbath’s “Supernaut” and before you blink their 45 minute set is over. 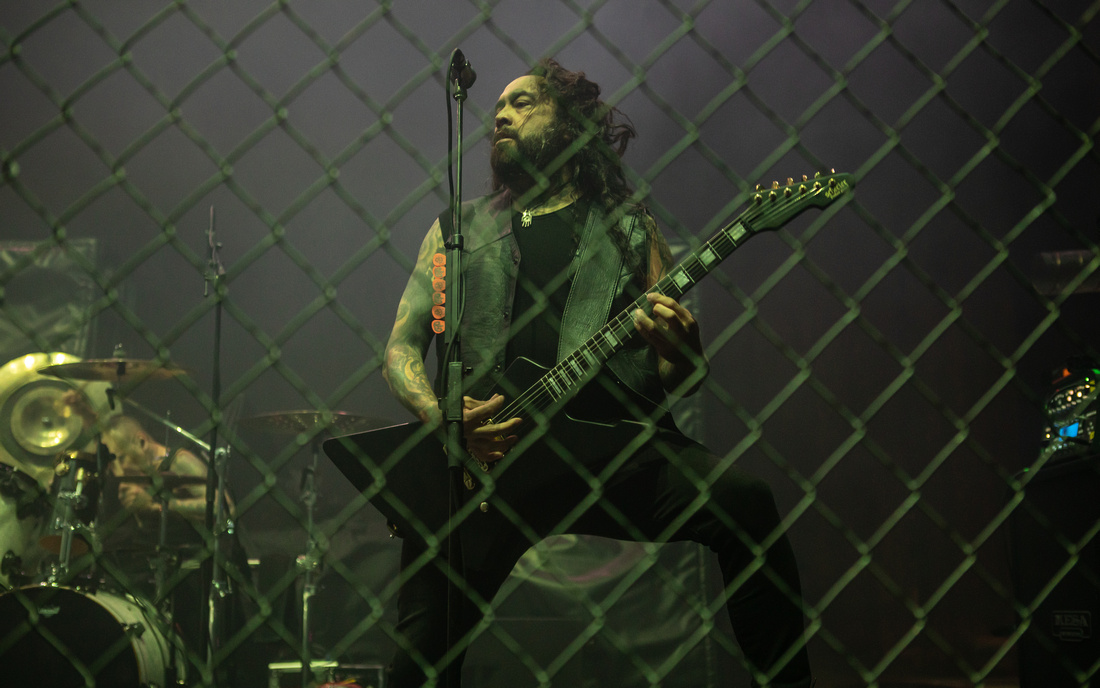 And now for the headliner!

Nine Inch Nails return for the first time since the end of 2018; part of a string of dates ending with this hometown show. Reznor and company pride themselves on being able to play their entire catalog of music. The opening song for this night is the opening track from 1999’s “The Fragile” the blistering “Somewhat Damaged.” The fog and strobe lights are punishing, breathing in and out like a set of lungs. Then over the next 8 songs the audience gets a triple dose from “The Downward Spiral” with “March of the Pigs,” “Piggy,” and “Heresy.”

Reznor left most of the talking at the Rock N’ Roll Hall on Friday but noted, “We finally fucking made it here! Thank you for coming out tonight. I love this place, and I have so many memories here as I grew up down the street. So thanks for being here!”

But it was the return to “The Downward Spiral” with the track “Eraser” that sent the crowd into an absolute frenzy. A second drum kit emerges and so does Chris Vrenna. Danny Lohner struts on stage and takes position next to Ilan Rubin. Charlie Clouser mans a keyboard near Atticus Ross. Finally, with a little bit of extra flair and suspense the cameraman follows Richard Patrick to the stage as he positions himself near the mic stand. NIN is now performing as a 9-piece group with some of its most influential members of all time.

The band steamrolls through “Eraser” with Patrick taking over on a majority of the vocal duties. “Sin” was then played for the first time on this tour. For an extra special NIN debut, Blossom Music Theater patrons were treated to a cover of Filter’s “Hey Man, Nice Shot” with a full NIN backing band. For the grand finale (which is usually “Hurt”) this nonet of performers tear through “Head Like a Hole.” And that is the end. No Encore. No Goodbye. Nothing else needed to be said. Nine Inch Nails absolutely crushed this show and left nothing else on the table. An absolutely incredible performance!